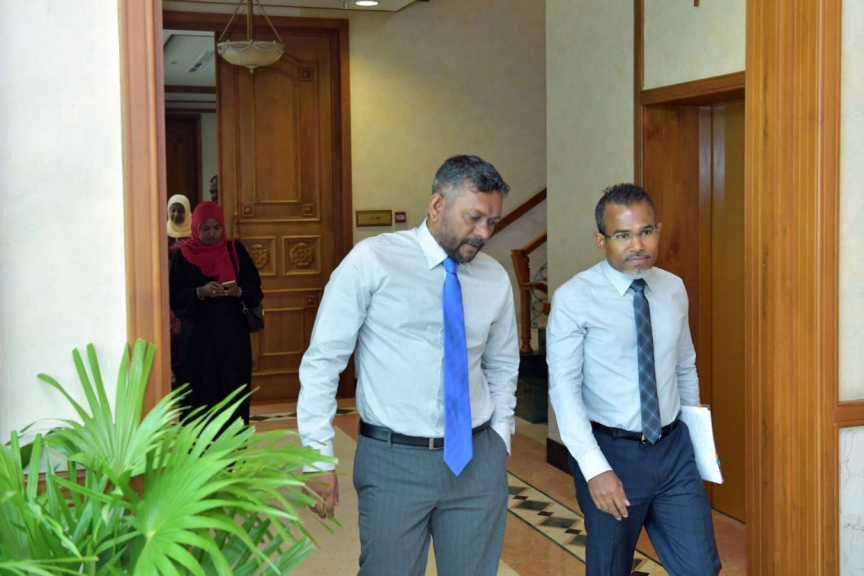 Attorney General Ibrahim Riffath says the Maldivian government has spent MVR 6.8 million on compensation for parties who were unfairly dismissed from their work for political reasons.

In an interview to Public Service Media (PSM) on Sunday, Riffath noted the high number of parties dismissed from work for political reasons.

“Many have been dismissed in clear violation of the terms of the contract between the two parties which a government institution or the government is obligated to honor. We therefore made note of this in such cases at court or during dispute resolution, we noted they were wrongfully dismissed, and provided them with the protection and monetary compensation they were due,” said Riffath.

He said that MVR 6.8 million has been spent on compensation for unfair dismissals so far this year.

According to Riffath, total 74 cases of unfair dismissals were lodged, many of which the government attempted to settle out of court.

The President’s Office reports the government either reinstated or compensated 119 parties who lodged unfair dismissal claims with the Presidential Action Committee – a committee formed by President Ibrahim Mohamed Solih to establish justice for parties who were unfairly dismissed from their work for political reasons during President Abdulla Yameen Abdul Gayoom’s administration.