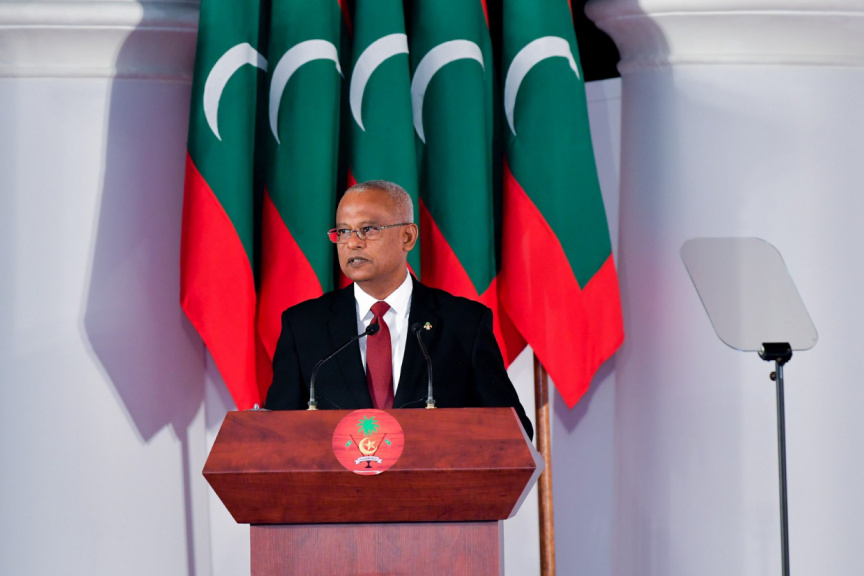 President Ibrahim Mohamed Solih has revealed the statistics of some of the most important works carried out during the administrations’ first year in office last night.

The president was speaking at the ceremony held last night when the statistics were shown before vowing to not discriminate between citizens in regard to their political affiliations.

“We should not forget for one second that there are citizens that did not vote for us in the Presidential election. But we should not also ostracize anyone or discriminate amongst citizens when running projects or providing services.” said the President.

The President then turned his attention towards the projects and infrastructure works planned or commenced during his administration such as the Gulhifalhu commercial harbor project and work on the five tertiary hospitals in five different regions of the country.

How well does the administration fare in numbers?

“Compared to the Police records of the last six years, this is the year with the lowest number of dangerous crimes.” asserted the President.

The President compared that the statistics for last year showed a 50 percent reduction in the number of violent crimes related to gangs before noting that no murders in such crimes were recorded in 2019 compared to the 21 people that were killed during the last six years in such crimes.

“I believe that this is with the grace of God the result of the hard work by Maldivian Police to establish internal peace in the country.” said the President.