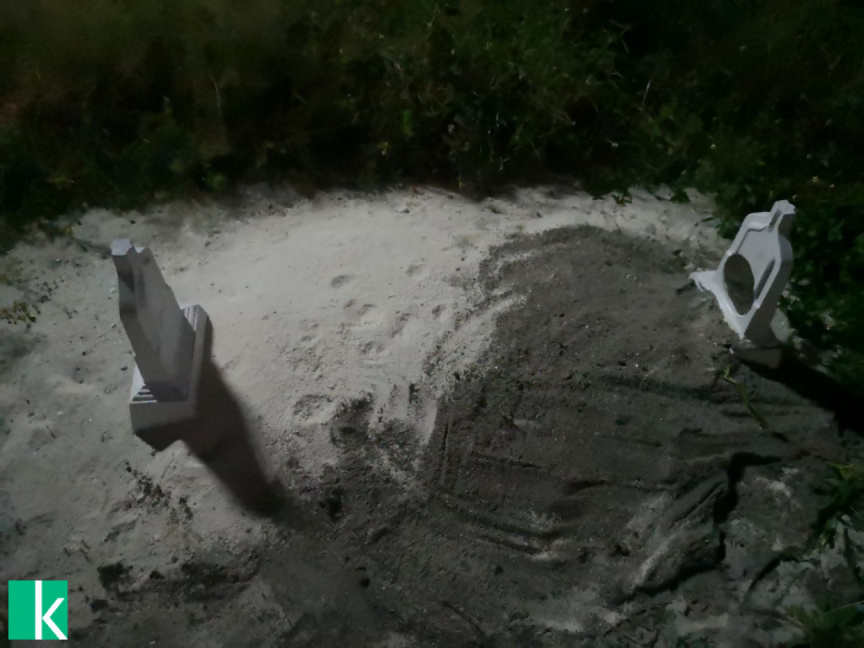 A photo of the grave that was being dug by the man who was intoxicated. The man was arrested in Kulhudhuffushi by Police on November 10, 2019. (Photo/KO)

A man has been arrested for digging graves in a small mosque in H.Dh Kulhudhuffushi.

Police stated that the man who was 19-years of age was intoxicated when he was found digging graves and was arrested around 6:30 in the evening of yesterday. The case is now being investigated by Police.

The mosque commonly known as the “small mosque” in Kulhudhuffushi houses the most frequently used cemetery for burials on the island. Cases of grave digging while under the influence of a substance has been previously reported in Male’ city as well.