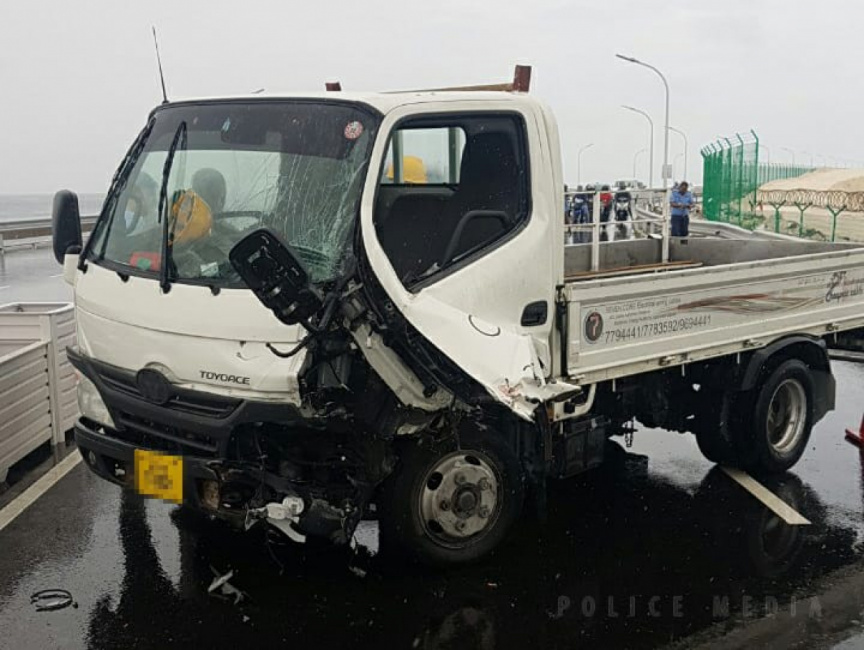 A previous accident involving a pickup that occurred on the Sinamale' bridge highway. (Photo/Police media)

Three pickups were involved in an accident in Hulhumale’ yesterday.

It was revealed that the drivers of the first pickup and the second pickup involved in the accident were Bangladeshi national who had their driving licenses withheld due to another incident. The driver of the third pickup was a local who had the driver's license, according to Police.