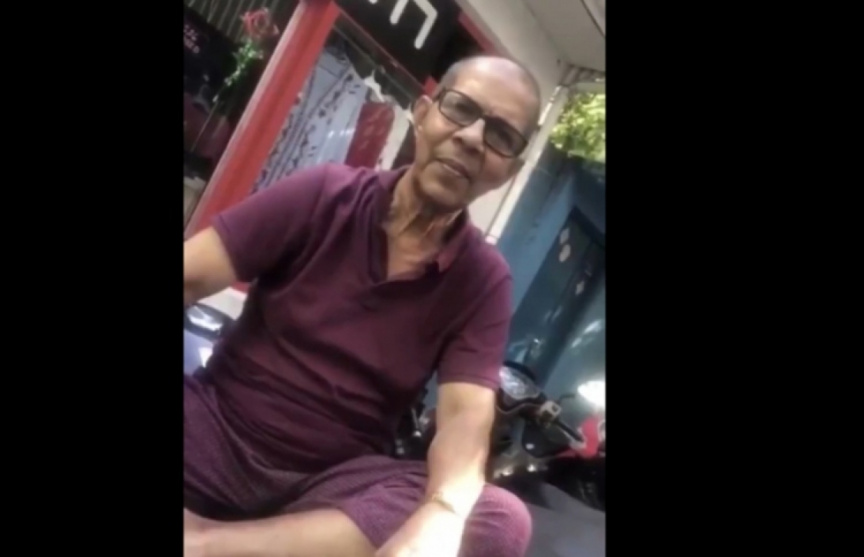 The man caught on video sexually harassing a woman in Male' on November 8, 2019.

The police have launched an investigation into the alleged serial street harasser who was confronted by a woman who caught the whole incident in which he makes unwelcome sexual advances to her on video.

The video of the confrontation, which shows an elderly man sitting on a motorcycle parked at the side of a road in Male’ as he asks for sexual favors, was released by the woman over Twitter, and has since gone viral over social media platforms.

The man approaches the woman by asking how she’s doing to which she responds that she’s doing fine. He then asks her to shake his hand, which she declines by questioning his motive. He asks her if she was single and if he had a “chance”. She asks him to be more specific. The man initially evades the question then outright propositions her with sex.

The woman then confronts the man. She tells him to think about how ashamed his children would be to see him behaving in such a manner, and says that it wasn’t the first time she had seen him harassing women walking, or even driving by him on the street.

A police spokesperson confirmed the incident is being looked into by the police.

“The police are looking into what needs to be looked in to in connection to the incident,” told the spokesperson on Friday evening.

The latest incident comes after the police launched a manhunt when a 56-year-old man was caught on video harassing a woman on a street in June. The police successfully arrested and charged. He was found guilty and sentenced to three months in prison.

MVR 954.5M to be spent on land reclamation projects