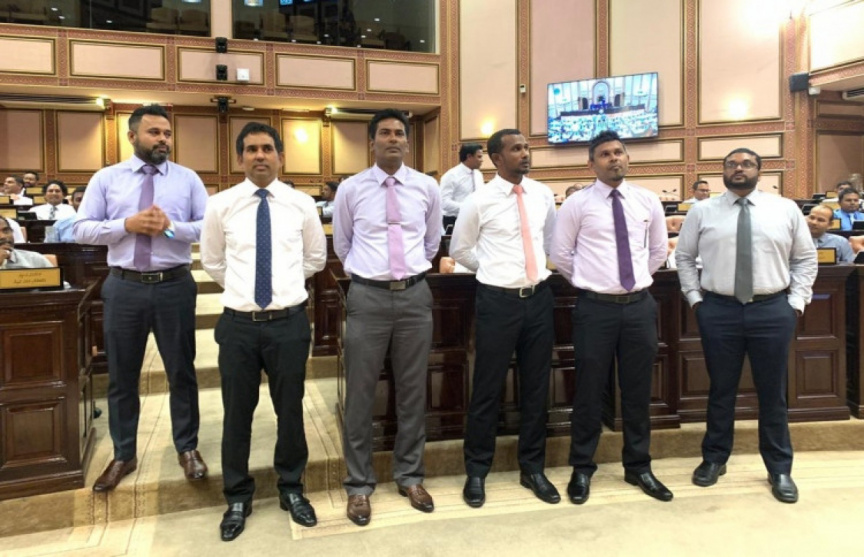 Opposition MPs protesting inside the Parliament regarding criticism directed towards Judge Hailam of the Criminal Court on November 4 2019. (Photo/Parliament)

The criticism by some MPs of judge Hailam began before the report regarding unfinished cases in the criminal court was presented and governing MDP MPs quickly pointed the case of a controversial cartoon posted by Judge Hailam in a Viber group of the Criminal Court.

The cartoon reportedly showed President Ibrahim Mohamed Solih, Speaker of Parliament Mohamed Nasheed chained along with the main instigators of the failed coup of November 3, 1988. JSC has decided to begin disciplinary proceedings against judge Hailam in the case.

Some MDP MPs even alleged that Judge Hailam had received payments from PPM-PNC to rule in favor of former President Yameen in the money laundering trial scheduled for tomorrow. However, Naifaru MP Shiyam alleged that the current JSC investigation into the cartoon posted by judge Hailam was a farce to influence the trial.

MP Thoriq punished over blowing a whistle in Parliament