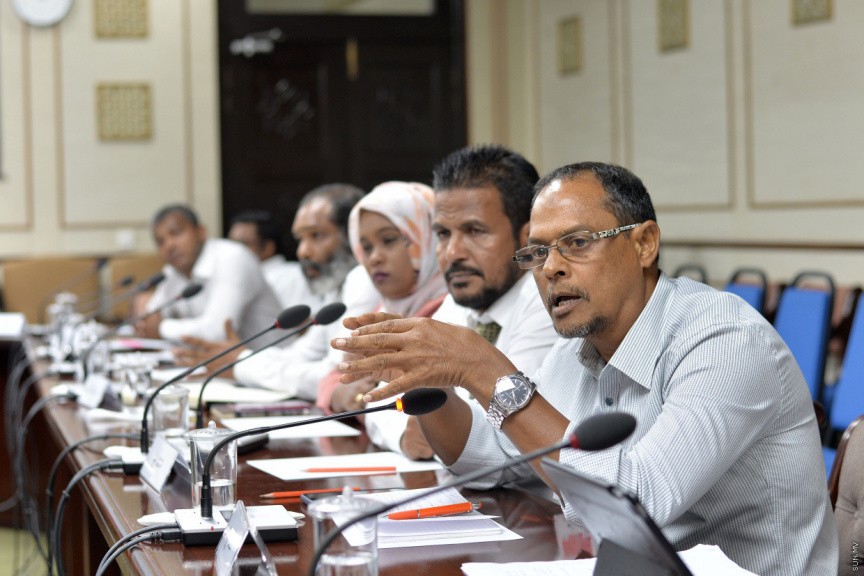 The Independent Institutions Committee of Parliament has formed a sub-committee to deliberate on consolidating the two watchdogs.

Members of the MMC and BroadCom were summoned to a session by the sub-committee during which they were asked about their thoughts regarding the matter on Sunday.

A second session was held last Monday, during which the heads of local media agencies were asked for their opinion.

They all voiced support for consolidating the two watchdogs, and suggested the new watchdog be run based on the model which exists at MMC.

“The institution is noted for operating in the shadows of politicians. All the losses which the media suffered in the past is a direct consequence of its actions. We must therefore learn a lesson from this, establish a cohesive environment for the media, consolidate the two institutions to produce an effective media regulator. This is our preference,” said Hiriga, who had previously served as a member of MMC.

Many said the new watchdog must be designed to allow media agencies to self-regulate.

Ahmed Nazeef, who had served as MMC’s very first president, said that regulating the media was dangerous.

“Whatever the composition may be, media must always have a mechanism to self-regulate. I believe things cannot improve unless media is able to self-regulate,” said Nazeef.

Nazeef said that the format of MMC was suitable even for a new commission, but that the government had the option of appointing an ombudsman if it wanted to cut costs.

“Otherwise, we may fall into the same trap again, if a third party regulates the media,” said Nazeef.

“MMC’s current format is the best option – with its focus on optimizing media empowerment. It’s advisable to consider this when establishing a new commission. But it’s also very important to have an effective mechanism for appointment of members,” said Mondhu.

Mondhu said he did not believe the media should be regulated, and said that the definition of ‘broadcasting’ needed to be expanded when the new watchdog is formed.

Adam Haleem (Mundoo), Avas Online’s Chief Editor, noted that the local media had undergone a drastic change over the past years in terms of how it delivers news.

“Nowadays, video reports and large documentaries are most frequently on online [platforms]. The media has undergone a change, globally. Reporting isn’t done the same way it was done yesterday. I hope you effectively accommodate for such aspects when you draft such a law,” said Mundoo.

He suggested that the new watchdog composed of nine members; five of whom are representatives of the media.

“I don’t believe it’s advisable for the commission to lack media representatives. Because, if people other than those directly involved get into it, it easily leads to failure,” said Mundoo.

Regulation amendment of Council, an act of intimidation

'Misinformation' chosen as word of the year