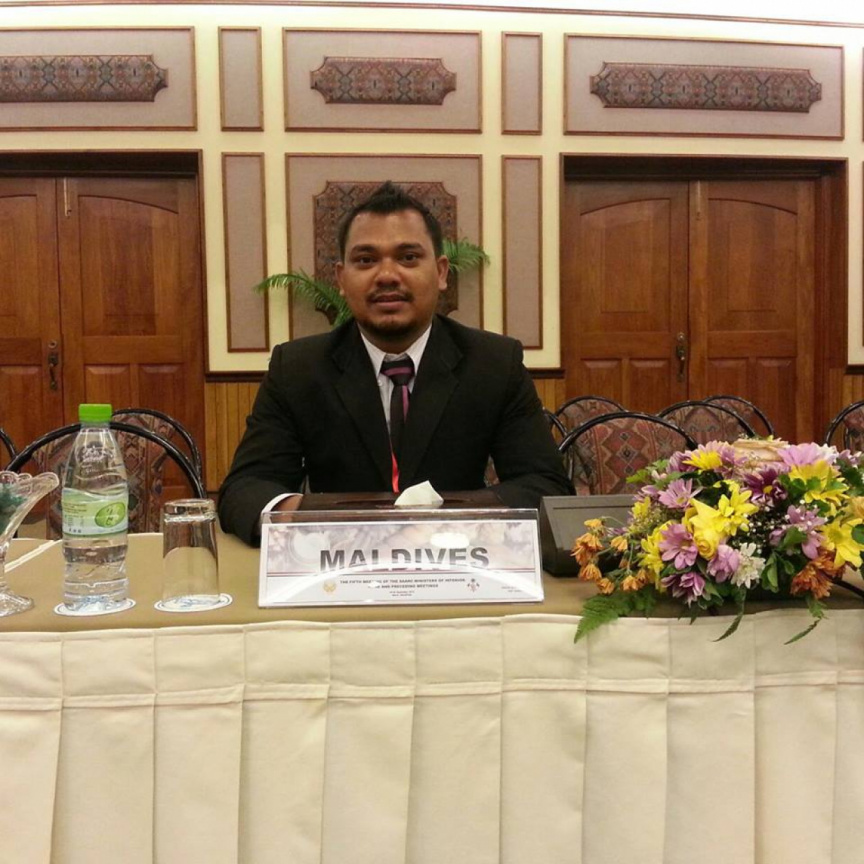 Shazail Shiyam: He has stated that he will respect the decision to suspend him.

Shazail Shiyam, the recently suspended Managing Director of Maldive Gas has refuted the accusations of corruption leveled at him but stated that he respected the decision that came under the “Zero Tolerance Policy” of the government that came as a consequence of the complaints made against him.

The government suspended Shazail on Tuesday afte4r receiving complaints on the online portal established by the government under the “Zero Tolerance To The Corruption”. Shazail, however, rejected these complaints and stated in a Facebook post that details of how ran the company will be available.

President’s Office spokesperson Ibraahim Hood informed “Sun” that the allegations made against Shazail seemed credible and he was suspended until the investigation concluded.

“We check the portal regularly and take action after evaluating the complaints and checking whether they are credible or not,” said Hood.

He also said that the general procedure for serious cases was to forward the matter to the Anti-Corruption Commission, but he did not elaborate on whether the case of Shazail had been forwarded or not.

Shazail’s suspensions come not long after Maldive Gas was involved in another case where the company allegedly purchased gas at a higher price from a third party.

Shazail had then posted a response to those allegations with three-quarters of the company statistics along with a thinly veiled comment stating that he did not care for the people who could not digest the fact that things with in the company had been squared or stabilized.

Maldive Gas had started to purchase gas at a higher price from 2017 and a case submitted by a private individual and investigated by the Parliament’s Committee on State-Owned Enterprises had alleged that the corruption was still ongoing.

The Committee had ordered Maldive Gas to stop purchasing gas via the third party and to purchase directly from the supplier.

Shazail did not respond to calls to clarify more information regarding the matter. Shazail is the brother-in-law of Villingili MP Saudhu Hussain and was appointed as the MD of Maldive Gas in January.

However, Shazail was dismissed from the post after political differences that led to MP Saudhu joining the opposition. Shazail was appointed as the MD of Maldive Gas on a slot by former President Maumoon Abdul Gayoom.