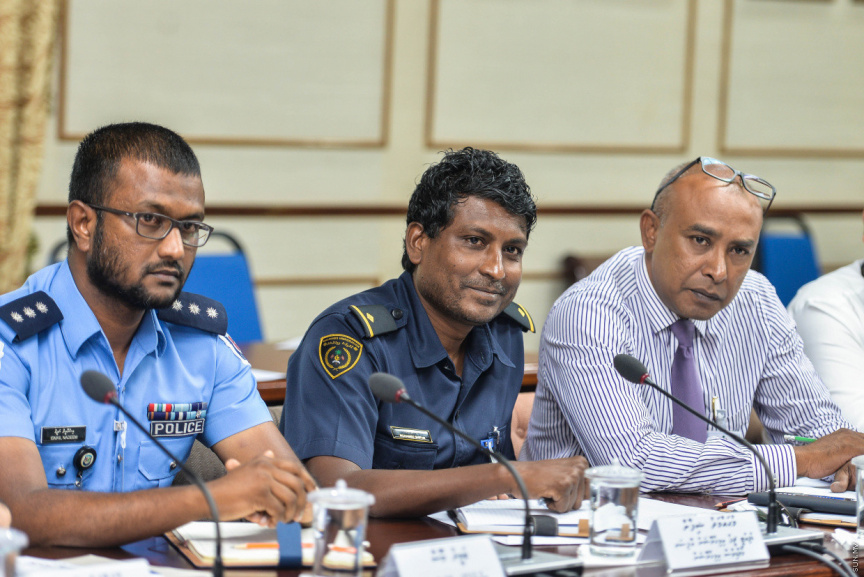 Immigration officials have voiced concern over the proposed ferry service between H.Dh. Kulhudhuffushi in Maldives and Cochin in India.

The agreement for the service was signed between the governments of Maldives and India last July and Immigration officials were speaking at the Parliament’s Committee on National Security & Foreign Relations when the concerns were raised.

The Deputy Controller of Immigration stated that his office did not currently have the capacity for such a work and that these concerns have been shared with the relevant offices. The biggest issue was that Kulhudhuffushi did not have a harbor and a terminal of that size needed for the operations, according to the Deputy Controller, who then stated that he had a different idea to cater to the operations.

“Our idea is to provide the Immigration services from the departing harbor, much like how it is provided in other countries. Vessels such as Cruise Liners will be boarded by Immigration officials at the last stop and the process will be cleared before the vessel arrives at the destination. We are working on that right now.” Said Ashraf, who noted that Kulhudhuffushi could not serve 200 or 300 passengers from one ferry.

Deputy Chief Immigration Officer Ahmed Shifan stated at the meeting that it was a worrying fact that Maldives-Cochin ferry services are to begin at a time when the border control systems were facing issues. The biggest issue was that information about people entering the country through seaports was not collected and unmatched.

“We do not have information on people entering the country through seaports. Sign off Sign on or arrangements to carry this out in seaports are unavailable in our current systems.” Said Shifan, who stated that it was be worrying if the services were started without finding a solution for this issue.