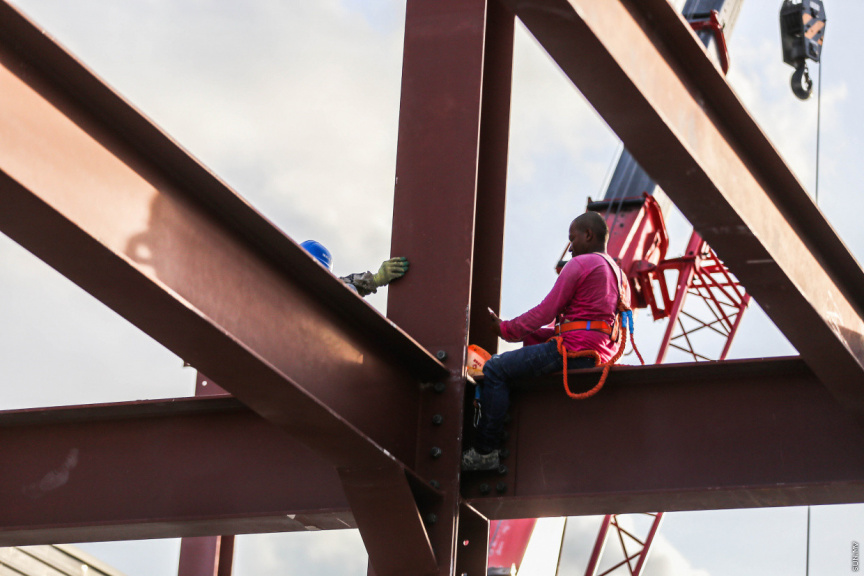 A migrant worker had sustained serious injuries in a fall from the first floor of the Cargo Terminal Complex under construction at Velana International Airport.

The migrant worker has been identified by the police as a 27-year-old Bangladeshi citizen and an employee of Beijing Urban Construction Group (BUCG).

The injury was reported to the police at approximately 8:20 am this Tuesday after the worker was rushed to the first-aid station at VIA.

According to the police, the worker sustained multiple fractures and has an internal hemorrhage.

He has been medically evacuated to the capital, Male’ City, and is currently under treatment at state-run Indhira Gandhi Memorial Hospital (IGMH).

The fall is currently under investigation by the police.