Shuaib at top of shortlisted candidates for NIC membership 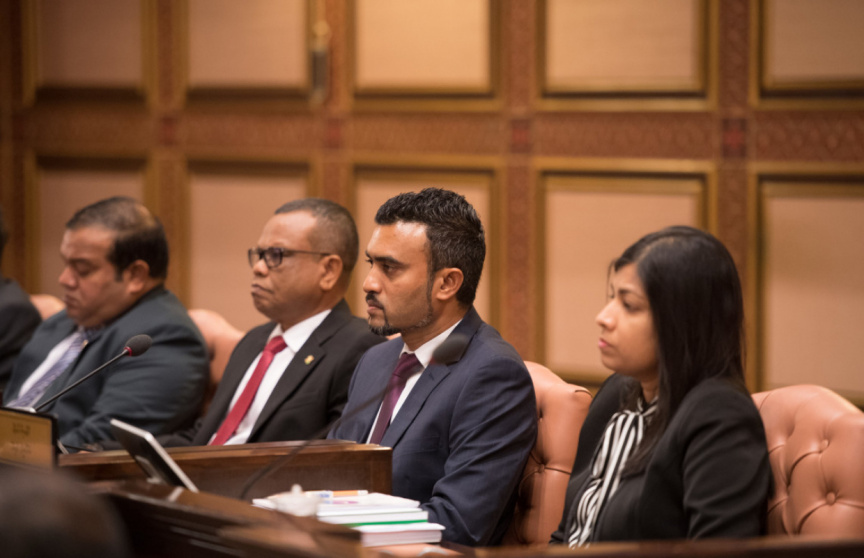 The shortlist was sent to the Parliament this Thursday, and has now been forwarded to the Independent Institutions Committee for evaluation.

The President’s Office had originally opened application for the vacancy – left in the wake of Mohamed Farhad’s resignation – in February.

26 candidates, including former NIC president Yoosuf Maaniu had applied for the post. However, Maaniu later withdrew his candidacy, and the President’s Office under counsel from the Parliament, made the decision to re-open application, after the Parliament refused to back any of the candidates and rejected the Independent Institutions Committee’s evaluation.

The President shortlisted four from among the new applicants – and the list of shortlisted candidates – ranked based on his preference – was sent to the Parliament this Thursday.

At the top of the list of shortlisted candidates is Shuaib Abdul Rahman – who had served at the JSC as a representative of the general population.

The Parliament is yet to disclose the exact number of candidates who applied for NIC membership.

National Integrity Commission Act establishes the number of members of the commission as five, and the tenure of each member as five years. The current NIC members are:

26 apply for NIC, including ex-President of NIC

Ali Waheed: Wealth misconceived by some as a crime