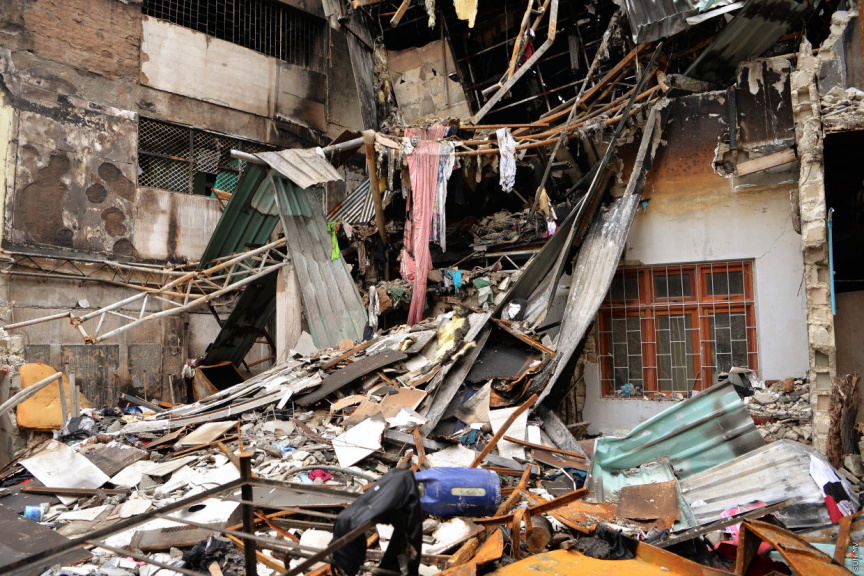 The fire which devastated the Abadhahfehi Magu neighborhood of Henveyru district on September 20 resulted in one casualty and left hundreds homeless.

Initial findings indicate the fire originated from a chemical warehouse located in H. Thilafushi, which rapidly spread to more warehouses and nearby residential buildings.

Records released by NDMA on Tuesday show total 31 houses were affected in the fire – nine of which have been demolished for public safety; six warehouses and three private residences.

Meanwhile, people have returned to 11 additional buildings which were evacuated during the fire.

The government, though it has announced it intends to provide compensation to those affected by the fire, has yet to disclose details regarding the compensation plan.

The residents of the buildings damaged in the fire continue to be provided temporary shelter by the state.

While initial findings indicate the fire had originated from the chemical warehouse in H. Thilafushi. The exact cause of the fire remains under investigation.