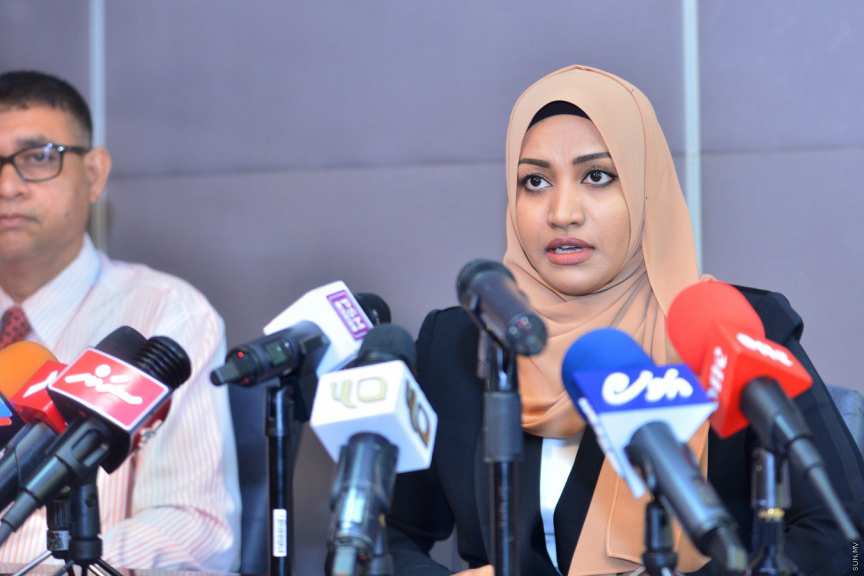 The Transport Ministry had set out a statement reading that it had not threatened employees with dismissals and that it would not hesitate to take steps according to the law over poor work performances.

The Minister also warned that she would not hesitate to take action against the employees no matter how many there were and also said that "nothing would happen to me" in regards to the things said about her by employees "at coffee tables".

The Minister can also be heard as saying that she did not take post because of any personal gains or benefits and that all she wants to do is to serve God and the people. The Minister is the spouse of the coalition government's Jumhooree Party leader Qasim Ibrahim.

"I have no problems with staying at home. I have kept my family at home with my mother to take up the post of Minister. I honestly wanted to serve Allah and the people, and if I cannot do this then there is no reason for me to stay here. Do not think that I am here because of MVR 60-70 thousand I receive. There is nothing that I don't have." the Minister is heard in the audio saying.

The Minister also advised employees to meet her if there are any issues in the Ministry and also warned that she would not hesitate to change any employees.

HRCM receives cases of neglected elderly the most