Imran: Maldives at high risk unless counter-terror act is revised 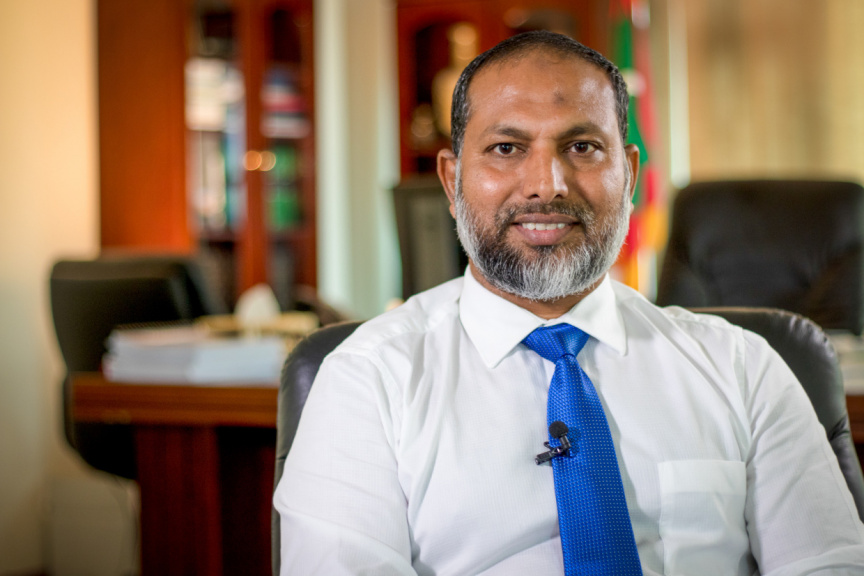 Speaking on this Thursday’s episode of Sun’s 50 Minute web series, Imran said the Easter bombings in Sri Lanka earlier this year served to prove the menacing reality of the threat of terrorism in the South East Asian region.

He said that the current counter-terrorism act had loopholes which was creating barriers to stopping terrorism. He said the act currently did not allow convictions for Maldivian citizens who take part in militant activities abroad.

He said the current legal definition of terrorism and the burden of proof required to prove guilt for terrorism posed major challenges.

“Currently, if a person travels to such a place and live there, and even if there is proof of it, such a person cannot be charged unless there’s proof the person committed a specific crime while there,” said Imran, noting that the new counter-terrorism bill establishes the mere act of travelling to a war zone as a crime.

He stressed that the government needed to amend the counter-terrorism act in order to remove such legal challenges.

According to Imran, law enforcement agencies of other countries are empowered with the same powers in dealing with terror suspects.

“Looking at the proposed amendments, counter-terrorism laws of other democratic countries also allow for more powers than allowed under any other law to deal with terrorism. One may say these new powers are far lighter than those allowed or desired by other modern democracies,” said Imran.

He said that amending the existing counter-terrorism act was crucial to counter terrorism.

When questioned over concerns regarding certain clauses of the bill being contradictory to the Maldivian Constitution, Imran said that he did not believe the Parliament would pass any law which contradicted the Constitution.

Noting that the bill is currently under parliamentary committee evaluation, Imran said the government was engaged in talks to push the Parliament to allow the authority to hold terror suspects for 48 hours under special circumstances even if other aspects of the bill are revised.

“For example, a major incident may occur which may take more than 24 hours and which require the State to shoulder the burden of far larger concerns than taking them [suspects] to their remand hearing. Such circumstances require more than 24 hours [to hold suspects],” said Imran.

He said that existing laws did not accommodate consideration of such extenuating circumstances, and allowed suspects to walk free if they aren’t presented for remand within 24 hours.

He said the freedom of such suspects posed potentially grave consequences.

“We are in talks with the Parliament to accommodate a measure for such circumstances even if it [the law] says 24 hours. Or to allow for certain exceptions,” said Imran.

“The standard will remain 24 hours. But the judge will have the discretion to determine a certain circumstance or national emergency as a plausible exception,” he added.

Imran expressed confidence concerns over the bill will be quelled once it is evaluated, amended, and passed.