Maldives signs UN Treaty on the Prohibition of Nuclear Weapons 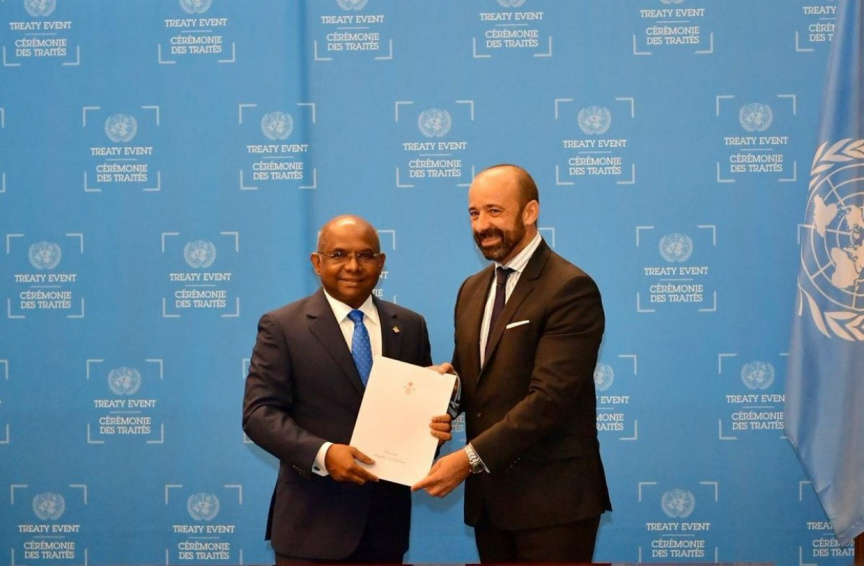 The Maldives has signed the United Nation's Treaty on the Prohibition of Nuclear Weapons.

The treaty banning the use and production of nuclear weapons was signed by Foreign Minister Abdulla Shahid who is attending the United Nations General Assembly alongside President Ibrahim Mohamed Solih.

The signing ceremony was held at the United Nations headquarters in New York, USA, yesterday. The Foreign minister stated at the ceremony that the only way to stop the use of nuclear weapons in the world was to rid the world of such weapons. He also stated that the Maldives saw it as a humanitarian effort and that this was the reason why the Maldives decided to participate in the treaty.

The Maldivian cabinet agreed to take part in the treaty on August 27 and was approved by the Parliament on September 3.

Prison Officers to be familiarized with 'Mandela Rules'