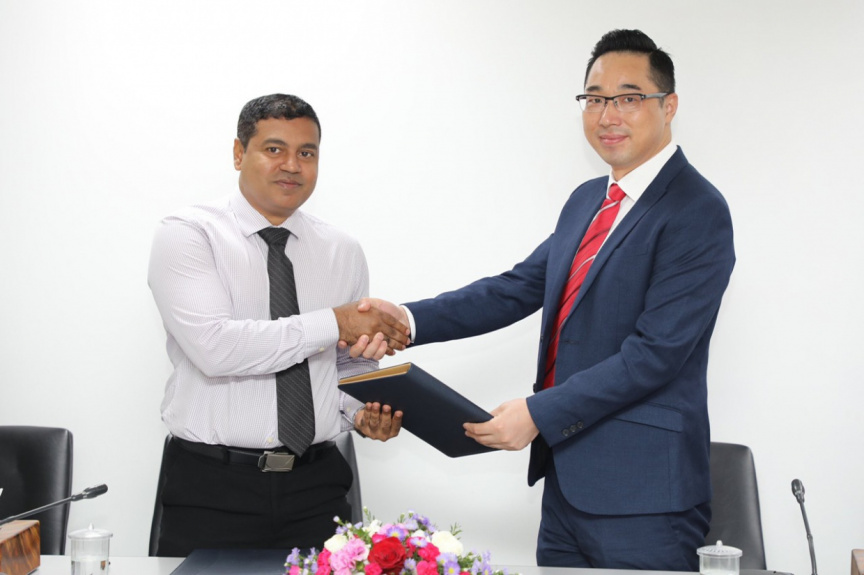 Stelco has contracted a feasibility survey regarding renewable energy to a Chinese company by the name of CYG Sunri Co. ltd.

The agreement for the survey was signed at a special ceremony held at Stelco by Managing Director of Stelco Hassan Mughnee and Wu Dianfeng Vice President of CYG.

Managing Director Mughnee stated this was part of Stelco's bid to provide 50 percent of its energy produced through renewable sources. CYG company will provide equipment to produce solar energy.

Stelco has already decided to carry out a sample project in A.A Ukulhas that will be 100 percent powered through renewable sources.

"The (CYG) team will visit the island and study how the battery system and solar systems can work compatibly. They will also provide the necessary equipment for the work," said Mughnee.

Mughnee also stated that opportunities to install the equipment will be opened to small businesses.