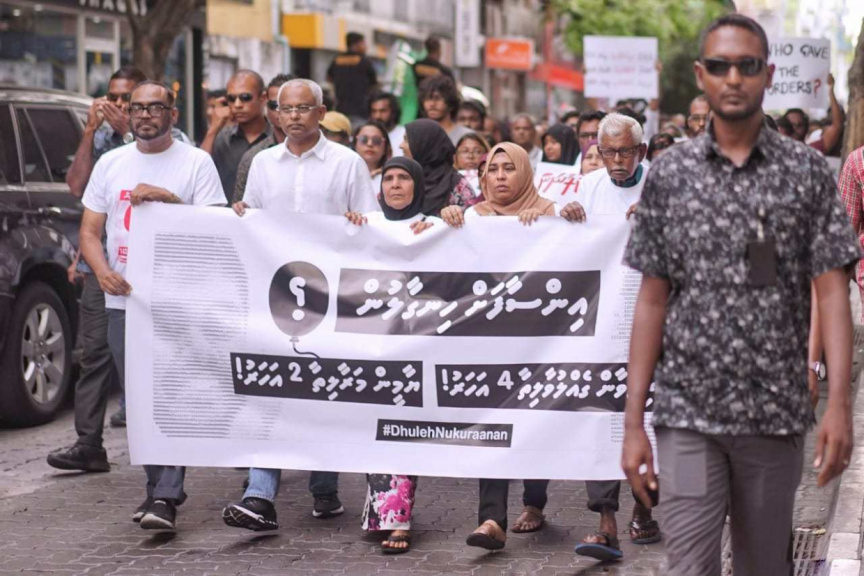 Islamic Ministry has announced it is engaged in discussions with family members regarding holding a funeral for journalist Ahmed Rilwan Abdulla who was abducted and killed in 2014.

A journalist from Minivan News (later rebranded as Maldives Independent), Rilwan went missing in the early hours of August 8, 2014.

The Commission on Disappearances and Deaths, which investigated Rilwan’s disappearance, recently announced that it has evidence he was abducted from Hulhumale’ where he resided, forced into a car, put on board a dinghy boat, transferred to another vessel, beheaded, and his body thrown overboard on August 8, 2014.

The announcement provided the first official confirmation Rilwan had been killed.

A spokesperson from Islamic Ministry reported to Sun that the office was engaged in discussions with Rilwan’s family regarding holding his funeral, but that no decision had been finalized as of yet.

“The funeral arrangements will be made in accordance with the family’s wishes. The ministry is engaged in discussions with the family,” said the spokesperson.

The aspects surrounding Rilwan’s abduction and murder remains under investigation by the Commission on Disappearances and Deaths. However, its findings so far have led to travel bans on 15 suspects.

The State had previously unsuccessfully tried two suspects; Alif Rauf from H. Hilton in Male’ City and Mohamed Nooraddin from Karankaage in G. Dh. Vaadhoo for Rilwan’s abduction. Both suspects were granted acquittals based on lack of sufficient evidence.