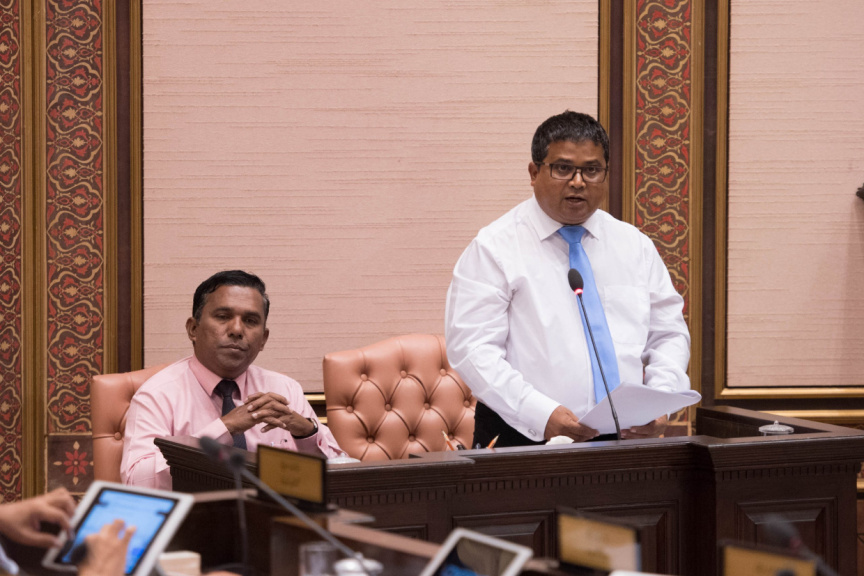 Dr. Hussain made the announcement during a questioning session at the Parliament this Thursday.

He noted that tons of sewage waste are produced in Maldives on a daily basis. He said that the waste, instead of being treated, are released into the ocean, damaging reefs.

Dr. Hussain said that the government was exploring applying the aerobic digestion process to treat the waste and make it suitable for conversion to renewable gas.

He said that technical experts from Environment Ministry made recent visits to sites which apply aerobic digestion to treat sewage waste in Czech Republic and Italy to study the process.

“Tons of sewage is produced in Male’ on a daily basis. Our hope is to collaborate with MWSC to explore uses for the sewage waste. We have been informed it is being considered by MWSC,” said Dr. Hussain.

He said that such a solution could remedy the issue of waste management in the overpopulated capital.

He said that sewage pipeline isn’t large or effective enough to accommodate the influx of residents in Male’ or the skyscrapers which now tower over the city.

“What MWSC currently does to solve a problem is to install an additional pipeline in the affected area to stop the blockage. This is a recurrent problem throughout Male’,” said Dr. Hussain.

Yameen tours the atolls ‘to hold the govt. accountable'