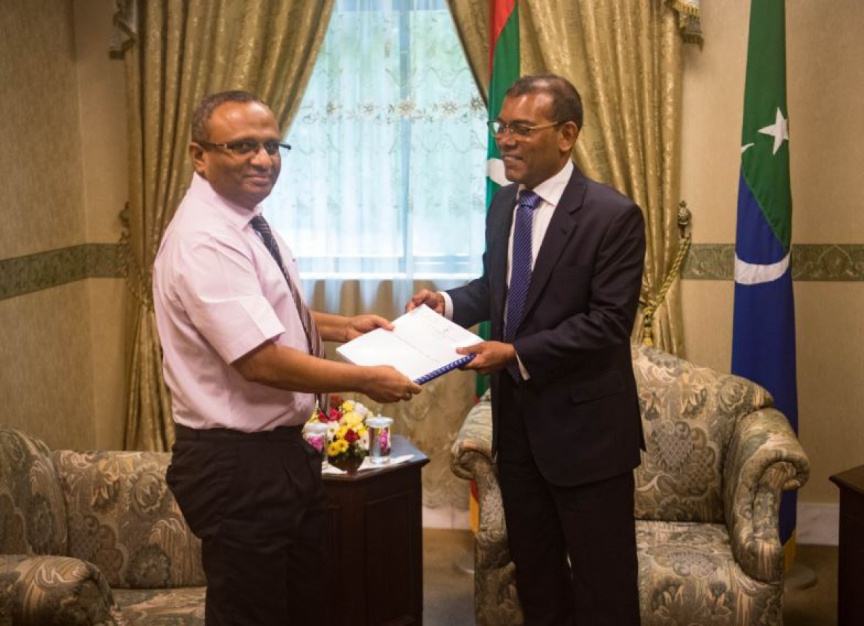 Chair of Presidential Commission on Investigation of Murders and Enforced Disappearances, Husnu Al Suood (L) presents the draft report on the abduction and murder of journalist Ahmed Rilwan Abdulla to the Speaker of Parliament, former President Mohamed Nasheed (R) on September 2, 2019. (Photo/People's Majlis)

The presidential commission on investigation of murders and enforced disappearances' draft report on the abduction and murder of journalist Ahmed Rilwan Abdulla has been presented to the Speaker of Parliament, former President Mohamed Nasheed.

The draft report was presented to Nasheed by the chair of the presidential commission, Husnu Al Suood, this Monday.

Nasheed, following the commission’s revelations, has urged State authorities to expedite charges against the suspects.