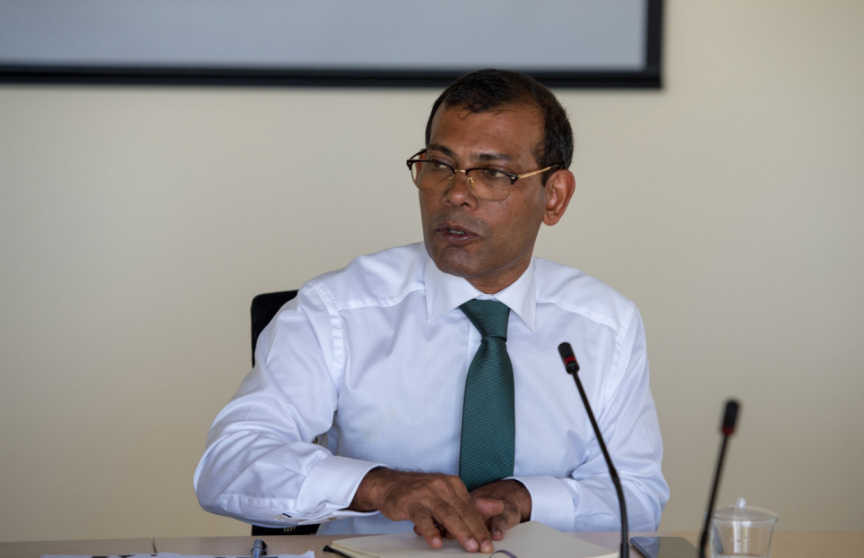 Rilwan had been missing since August 8, 2014. And the presidential commission, during the press conference on Sunday, said it had evidence Rilwan was abducted and murdered.

Nasheed, in a short statement via his official Twitter account this Monday, urged authorities to expedite charges against the suspects involved in Rilwan’s abduction and murder.

“I call for charges in connection to the findings from Suood’s investigation into deaths to be expedited,” said Nasheed.

He also called on the need to “take down the dark kingdom which has Maldives in its grips”, and for the police to “execute its duty to the fullest”.

Speaking at Sunday’s press conference, chair of the presidential commission on investigation of murders and enforced disappearances, Husnu Al Suood said that three witnesses have come forward to testify that Rilwan was abducted, forced into a car, put on board a dinghy boat, transferred to another vessel, and then murdered in the early hours of August 8, 2014.

When asked if charges will be brought against Yameen and Adeeb in connection to the case, Suood responded that charges aren’t applicable on Yameen because the case bears no direct connection to him, but that Adeeb could be tried for obstruction of justice.

The commission confirmed that travel bans have been imposed on suspects involved in Rilwan’s abduction and murder, and announced plans to hold discussions with the Prosecutor General regarding official charges against the suspects.