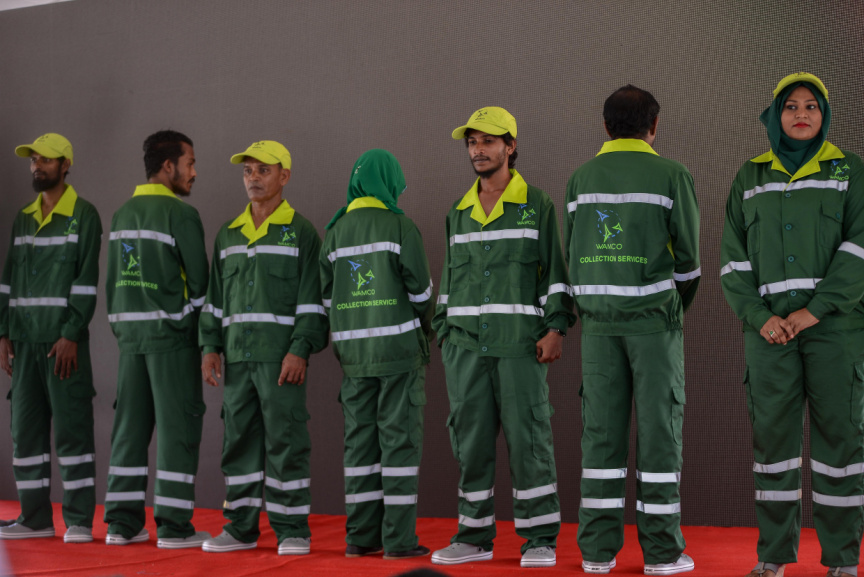 WAMCO employees: WAMCO has expressed concern that some of its employees get harassed and attacked while carrying out their duties. (Sun File Photo/Mohamed Afrah)

Waste Management Corporation Limited (WAMCO) has published a statement expressing concern over reports that some of its employees get harassed and attacked on the streets while conducting their work.

WAMCO stated such incidents even though they were rare, were not acceptable to the company. The statement came after a video of a WAMCO employee being attacked went viral on social media yesterday.

"It is a sad fact that some WAMCO employees get harassed and attacked while carrying out their duties and hard work," read the statement by WAMCO. The company also stated that actions will be taken through the appropriate authorities against those who committed such acts against its employees.

Police are now investigating the case of the WAMCO employee who got attacked on the video.