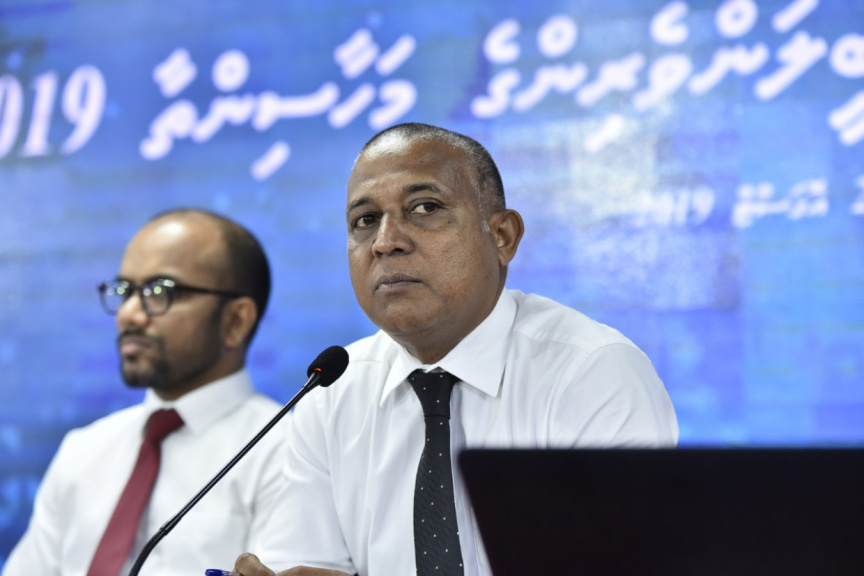 Planning Minister Mohamed Aslam says the national spatial plan is to develop local islands in such a way they are interdependent on each other.

The government’s 20-year plan to establish economic epicenters in the atolls like the capital, Male’ City, is called the Maldives National Spatial Plan.

Minister Aslam, during the questioning session held at the Parliament this Tuesday, briefed parliamentarians on the plan.

He said the government does not plan on developing the atolls by dividing it into five regions.

He said there won’t be much difference between main regions and sub-regions, and that there is no constriction to prevent sub-regions achieving more development than the main regions.

“This is not where something ends, but whether something begins,” said Aslam.

“This means that islands will be developed so they are interdependent. That the residents of an atoll will not need to travel to one specific island. We will run development projects in every island which the people will be dependent on,” said Aslam.

He said that each island will have a ‘full factor’ under the national spatial plan.

Minister Aslam also noted the confusion among the public regarding the spatial plan, and spatial planning in general.

He requested a special session with parliamentarians to help clear the confusion regarding the plan.

Deputy Speaker of Parliament, Eva Abdulla responded that arrangement for the session will be made as soon as the Planning Ministry makes an official request.

During this Tuesday’s parliamentary sitting, H. Dh. Makunudhoo MP Mohamed Raee expressed concern over his constituency not being classified as a main region, sub-region or satellite cluster on the national spatial plan.

Aslam responded that it was due to the geographical isolation of Makunudhoo, but promised to give special consideration to the island.

Aslam: High foreign labor in construction not a threat