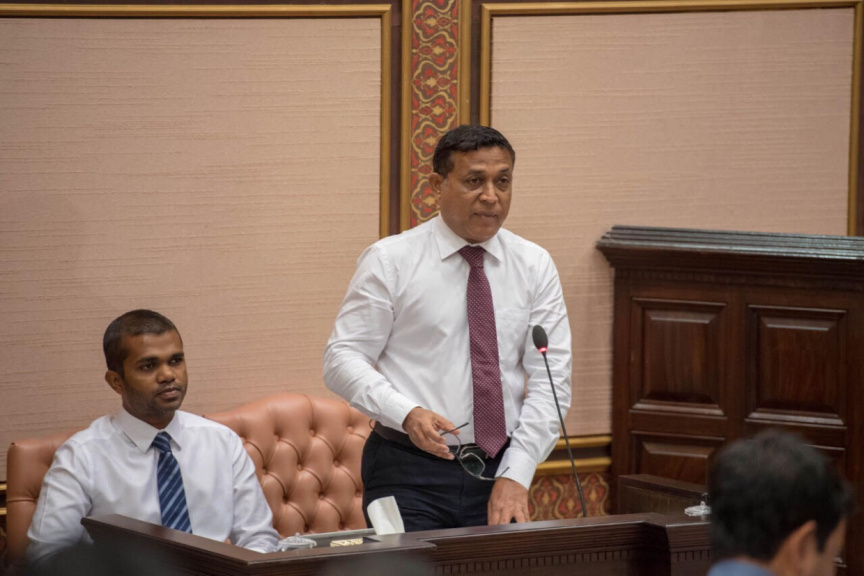 Planning Minister Mohamed Aslam has stated that he does not believe that the government can initiate 100 percent of the budgeted projects for the year.

Speaking at the parliament, Minister Aslam stated that the government could achieve 80 percent of the projects planned for the year. There are harbor works worth MVR 563 million included in the budget for this year but the government had contracted and signed agreements worth MVR 600 million, according to the government.

"Even though the agreement has been signed, the total amount of the contract would not be dispersed within the year," said the Minister. He also estimated that around 75-80 percent of the budgeted projects would move forward within the year.

The Minister further stated that 59 projects related harbor works were included in the budget for 2019, with contracts for official work to commence being signed for 19 of these projects. 22 of these have been tendered while 18 are being prepared for the tender process, according to the Minister.

"We planned to prioritize the more expensive projects in the budget could be started earlier and the projecting that were less expensive to be started later in the year," said the Minister.

The Minister had previously stated that 39 projects involving sewerage, water, and harbor work worth MVR 1.1  billion had been signed.

Jihad: Move to JP was not for power, but to serve party