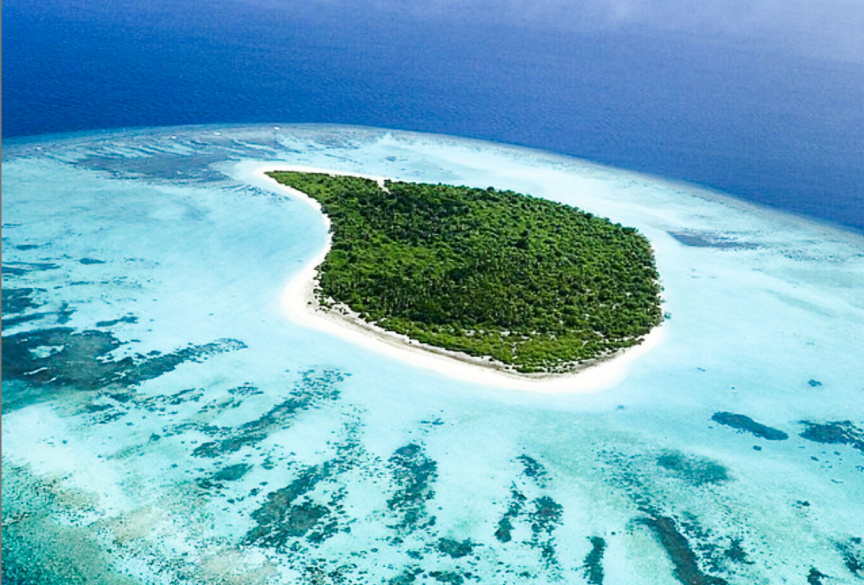 An aerial shot of N. Raafushi: Aitken Spence has announced the lease rights to N. Raafushi is up for sale for USD 5.38 million.

Aitken Spence has operations in South Asia, Middle East, Africa and the Pacific. Sri Lankan press reports the company, in its annual general report, has announced plans to sell the lease rights to Raafushi for USD 5.38 million.

It was the sixth island acquired by the company, which, at the time, announced it planned to build a 250-villa resort on the island.

The company, however, carried out no work to develop the island.

The island was previously leased to locals for agricultural purposes, and was a picnic spot for residents of neighboring islands.

According to Aitken Spence, it made its decision to put Raafushi up for sale due to a shift in its policy from developing and managing resorts on its own to opting for management contracts to run such properties.

The company reports its new model is far more profitable.

Atiken Spence has announced it plans on running new tourist properties in Sri Lanka, India and Oman this year.

The company, when it acquired Raafushi in 2015, also acquired R. Aarah – which is being run as Heritance Aarah – a luxury resort.

The company currently operates seven resorts in Maldives under its brands Heritance and Adaaran.

37 resorts in Maldives set to reopen in July

Canareef closed down with over USD 21 million in losses

Maldivian arrested with 1.52 kilos of heroin from VIA