Maldivian arrested with 1.52 kilos of heroin from VIA 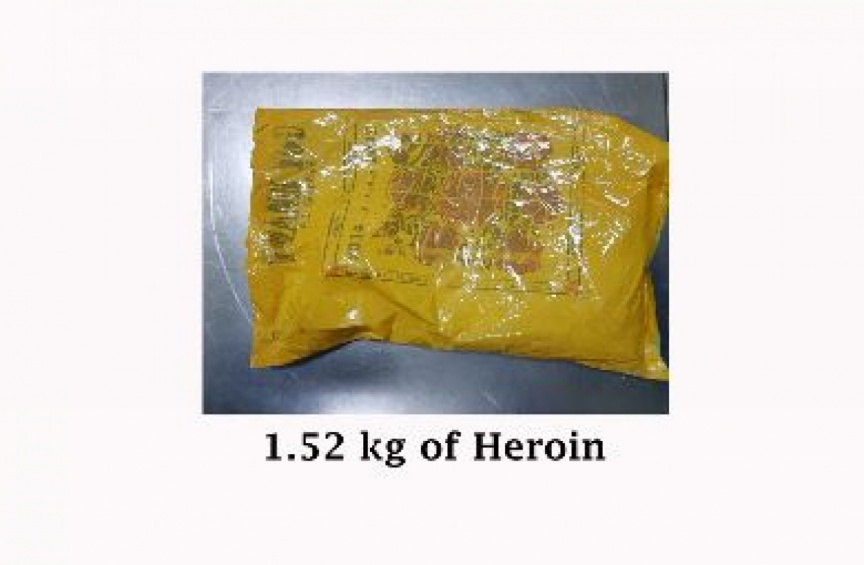 1.52 kilos of heroin found in the luggage of a passenger at Velana International Airport by Maldives Customs on August 16, 2019. (Photo/Maldives Customs)

A Maldivian air passenger who arrived to Maldives from Sri Lanka has been arrested with 1.52 kilos of heroin from Velana International Airport.

Maldives Customs reports that the behavior of the suspect, identified as a 25-year-old, arose suspicion, and that the narcotics was discovered during a search of the suspect’s luggage.

The agency reports that initial tests confirm the narcotics to be heroin. The narcotics weighed 1.52 kilos and is worth approximately MVR 1 million in street value.

The suspect and the narcotics seized in the operation has been handed over to the Maldives Police Service which has opened an investigation into the case.

Man arrested for abuse of girl in Northern Maldives