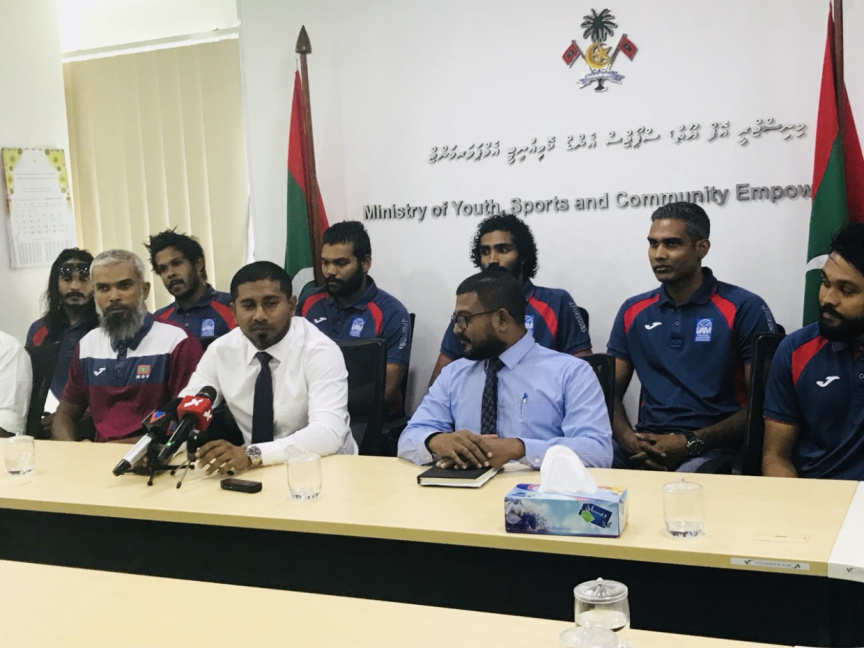 Minister Mahloof with players and officials from the Volleyball team at a news conference regarding the friendly match against Sri Lanka. (Sun Photo/Abdulla Aiman)

Youth Minister Ahmed Mahloof has asked supporters to fill the stands during the volleyball match between Sri Lanka and the Maldives tonight. He also tweeted that this is the first friendly match between the Maldives and a foreign nation in the history of the country.

The match is being played to prepare for the upcoming Central Zone Volleyball Competition.

"We hope to defeat Sri Lanka for the first time, in front of our fans tonight," Mahloof stated.

The match will begin at 8:15 tonight.

The Ministry has also made arrangements so that people from Vaavu Atoll, where the majority of the volleyball payers on the team originate from, could come to Male' for free to view the match.

Mahloof also stated that even though not much attention was given to volleyball in the Maldives previously, he wants a new fresh start for volleyball in the country from now on. People working at resorts have also been invited to watch the match that will be played at the Social Center in Male' tonight.