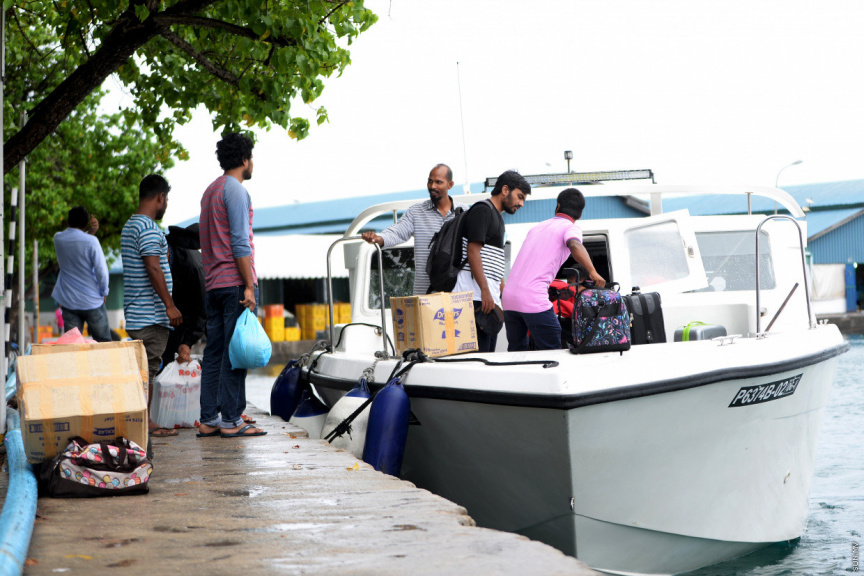 Many are traveling due to the Eid Al Adha holidays. (Sun Photo/Ahmed Awshan Ilyas)

Due to the bad weather affecting all parts of the country, the Maldives National Defense Force (MNDF) has advised people to take caution. MNDF has stated that it has received several cases of lost vessels anchor relocation, vessels getting marooned on reefs, vessels sinking or taking on water due to the bad weather in the last 24 hours.

On Sunday, two people managed to swim to safety after getting lost due to the bad weather during a canoeing session near K. Villingili.

There was also an incident of a seaplane getting damaged due to a collision with a boat in Kuramathi resort. A dinghy also capsized near Emboodhoo finolhu this week.

A yacht also got marooned on a reef in Lh. Dhiffushimaadhoo today, while a case of a couple lost during a snorkeling session was also reported today.

MNDF has urged captains and sailors to take the necessary precautions and check on the most recent weather forecast updates, inform people and plan well before setting out on trips, especially those traveling at night. It is also advised to check on the safety equipment such as pumps and life jackets on board before setting out.

MNDF also asked to contact authorities for help in case of trouble on its 191 emergency number.

Maldives Meteorological Services (Met Office) has stated that strong winds and rough seas are to be expected by people traveling. Met Office has also stated that some islands might be affected by tidal waves and sea swells as well.