Longey to retire from international volley after Central Zone tournament 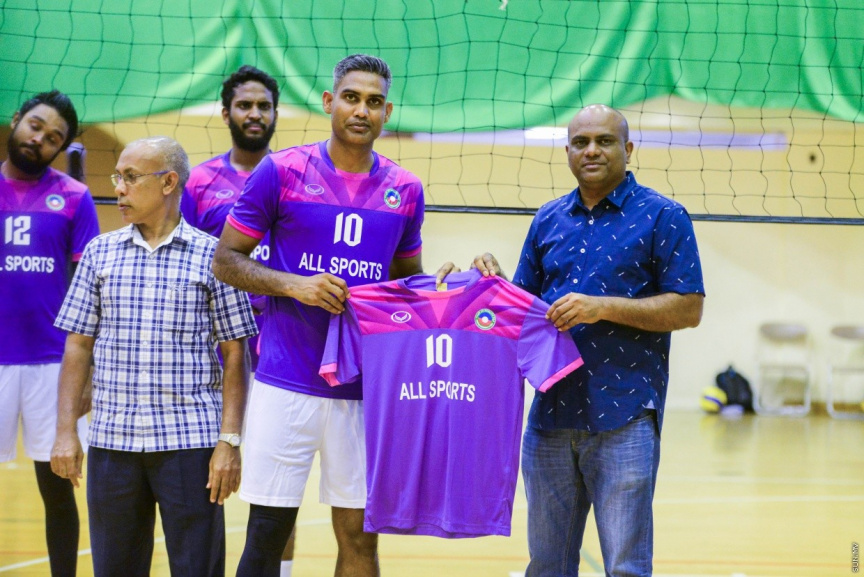 Ahmed Abdul Kareem (Longey) – who many hail as the greatest all-time Maldivian volleyball player – has announced plans to retire from international volley after the Central Zone Men’s Senior Volleyball Championship scheduled to be held at Nepal on August 18.

Longey announced his retirement at the friendly fixture between Maldives and Sri Lanka held in Male’ City last Tuesday evening.

Longey, who has been a permanent fixture on the national volleyball team for over a decade, was presented with a shield to celebrate his service to Maldivian volleyball at the conclusion of Tuesday’s friendly fixture.

The shield by Volleyball Association was presented to Longey by Maldivian President Ibrahim Mohamed Solih, who served as guest of honor at the friendly international fixture.

President Solih also signed the jersey Longey wore during the Indian Ocean Island Games held in Madagascar in July, during which he served as captain of the Maldivian volleyball team.

Longey has been a permanent fixture on the national volleyball team since 2004. And served as captain from 2010 to 2015.

“I am sad to retire. I am very sad to have to take off my jersey after having served on the national time uninterrupted for so long,” said Longey, speaking to press after the friendly international on Tuesday.

Longey noted that retirement was inevitable for any athlete, and said he found it to be the right time for his own retirement.

He said that he believed his decision to be in the best interest of himself and the national team, and noted the need for greater opportunities to rising stars in the volleyball field.

Longey said that he had been considering retirement for some time, but had delayed it to until after the Central Zone tournament to fulfill his desire to win a medal for the national team.

Minister Mahloof calls for a 'housefull' for MDV v SL