Labaan appointed to a political position at Sports Ministry 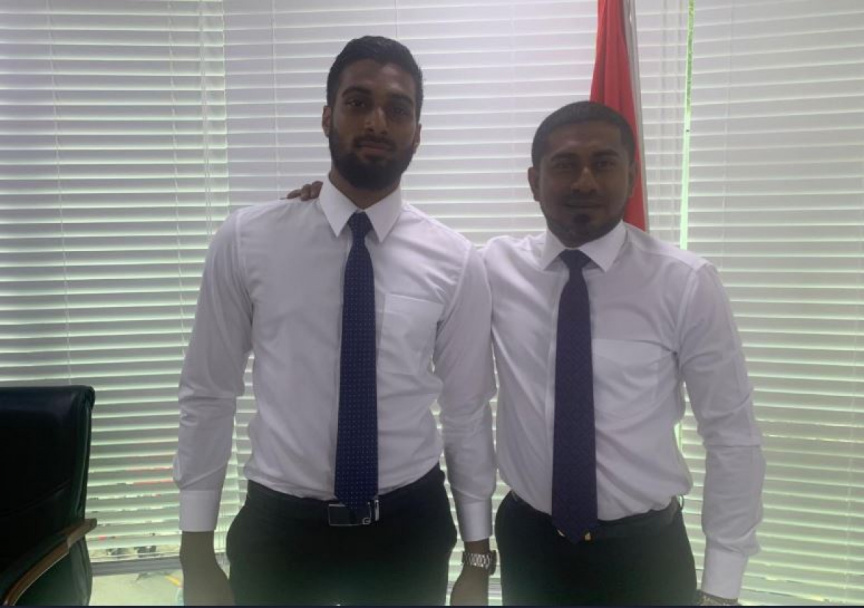 Labaan was appointed to the position on Tuesday, and reported to work this Wednesday.

Labaan had been only 19 years old and an up-and-coming football player when he was arrested and sentenced to five years in prison for assaulting a police officer at the May Day protest in 2015.

He was paroled after serving three years in 2018.

Sports Minister Ahmed Mahloof has tweeted a picture with Labaan expressing his pleasure at the appointment.

“A very happy day for the me as National Team goalkeeper Laban begins his work at the Ministry. A courageous youth who sacrificed a lot for the nation after being jailed for 3 yrs in dictator Yameen’s regime,” tweeted Mahloof.