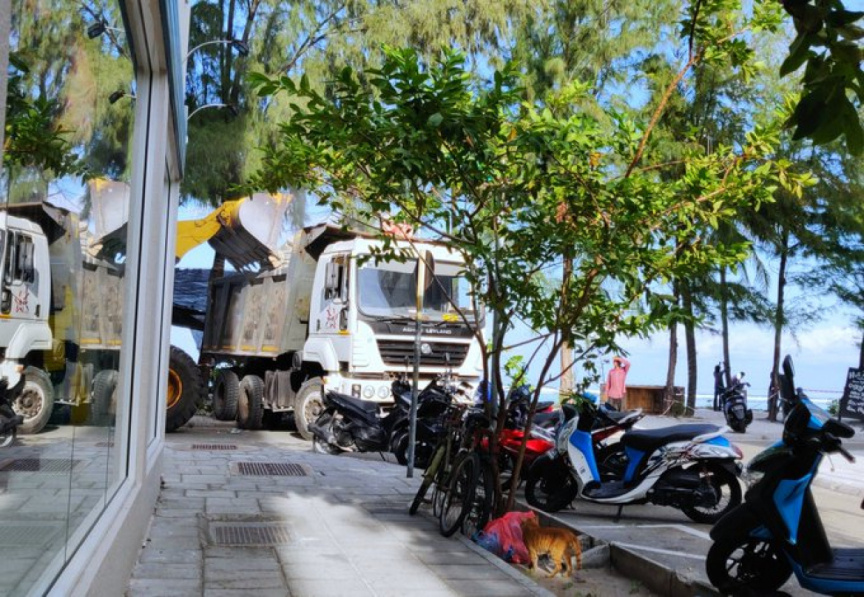 Hulhumale' Development Corporation (HDC) has begun to remove the huts and structures from the Hulhumale' beach area after the notice given to the owners to remove the items lapsed.

HDC had given until 3:00 am last night for the owners of the small businesses operating on the beach area to remove any items belonging to them. HDC stated that it will remove the items if the owners fail to do so by the given deadline and that it would not be responsible for any damages caused during the process. Some cafes and restaurants had even been operating until late last night, defying the notice by HDC.

HDC officials have stated that they are facing difficulties in removing the huts from the beach area due to some of them being set up using cement. HDC ordered the removal of these huts to commence the installment of sewerage pipes in the area. HDC has previously failed to address the issue of the beach area being used unlawfully for business purposes.