Woman injured in a traffic collision in Male’ City 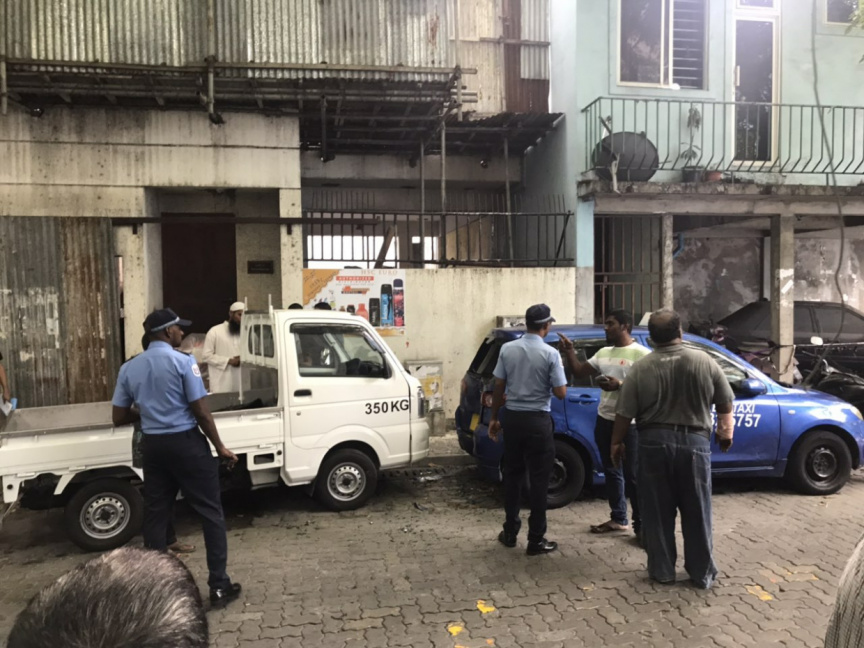 Police officers attend to the scene of a traffic collision in Ameenee Magu of Male' City on April 14, 2019. (Photo/Sun/Ahmed Awshan Ilyas)

A woman has been injured in a traffic collision which took place in the Ameenee Magu of Male’ City this Sunday morning.

An eye witness reported to ‘Sun’ that the collision took place when a pickup backed up and got rear-ended by a motorcycle driving behind the pickup.

The woman injured was on the backseat of the motorcycle which crashed into the pickup.

The eye witness reported the woman has been taken to the hospital for treatment.

The pickup, after it got rear-ended, had lost control and crashed into a taxi car parked on the street.

The rear end of the taxi car was extensively damaged in the crash.

Maldives Police Service is yet to make an official comment regarding the collision.

This is the second traffic collision reported from Male’ City this Sunday. The first collision, which took place at Haveeree Hingun of Male’ City, left two people injured. A third person involved in the collision fled the scene on foot.

Resort at Ismehela Hera to open in June