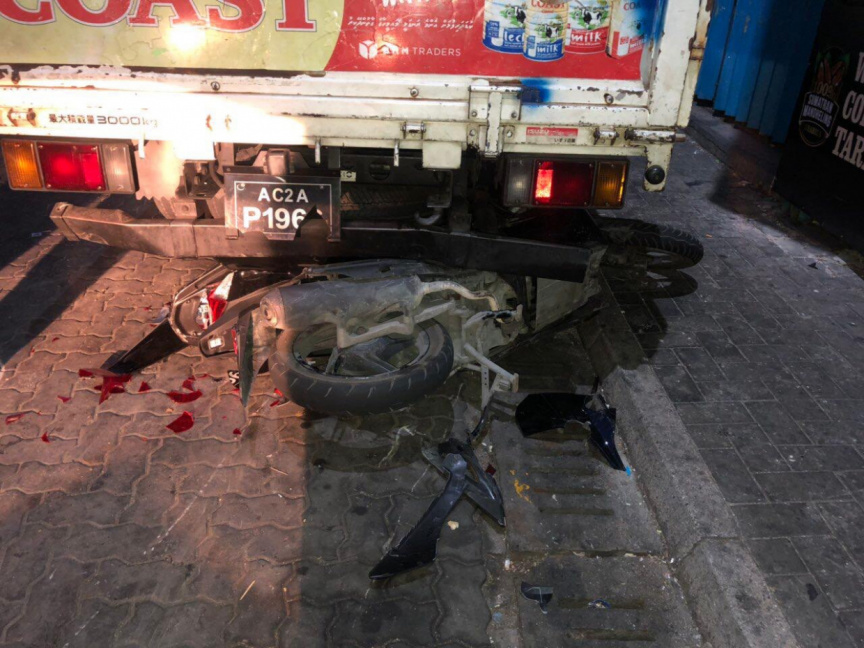 Scene of the traffic collision in Haveeree Magu of Male' City on April 14, 2019. (Photo/Maldives Police Service)

Two people have been left injured in a traffic collision involving two motorcycles in Male’ City in the early hours of this Sunday morning.

The two people injured were on one of the motorcycles involved in the collision, while the person on the other motorcycle fled the scene.

The collision took place at approximately 5:02 am near the Dawn Café located in Haveeree Hingun.

Both the motorcycles had crashed into a pickup parked in the area, reports the police.

The person driving the motorcycle is not in possession of a driver’s license.

The injuries sustained by the men are non-life threatening, but they have been taken to the Indhira Gandhi Memorial Hospital (IGMH) for treatment for the scrapes and bruises they sustained during the collision.

The police report the person driving the second motorcycle which crashed into the parked pickup left his motorcycle and fled the scene on foot.

The police have launched a formal investigation into the collision.

Police arrest one of the would-be rapists who fled