Police arrest one of the would-be rapists who evaded capture 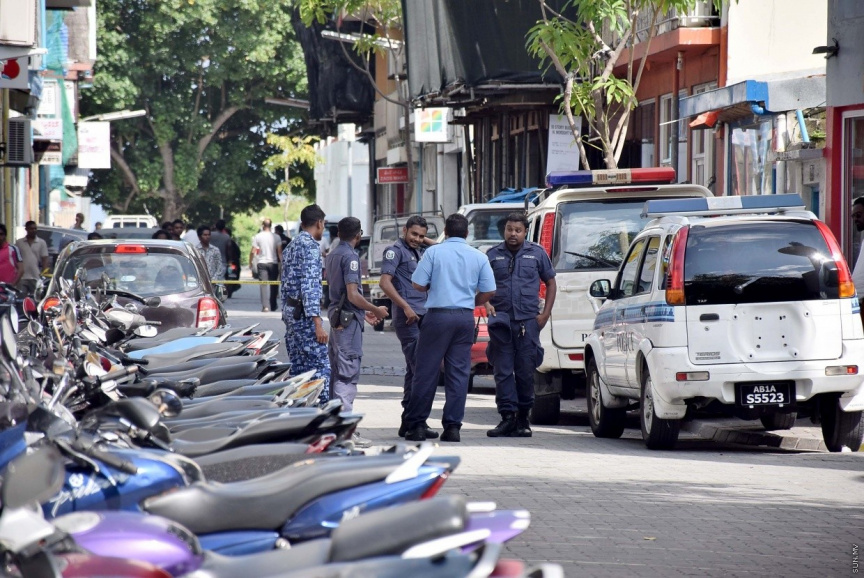 Police officers attend to a scene of a crime in Male' City. (File Photo/Sun/Ali Naseer)

Maldives Police Service has arrested one of the suspects who fled following a failed rape attempt at a guesthouse in Male’ City last Thursday.

The case involves four Maldivian males who had attempted to rape a woman inside a guesthouse in Male’ City. Police, alerted to reports of the sound of screams coming from the guesthouse, had arrived at the scene and scared off the suspects. Two of the suspects – identified as a 32-year-old male and a 33-year-old male - were arrested while the two others escaped.

Maldives Police Service reports one of the two suspects who fled the scene is now in custody.

The suspect, identified as a 33-year-old male, was arrested from Male’ City under court order at approximately 8 pm on Saturday.

Meanwhile, the two suspects who were arrested on Thursday were taken for their remand hearing at the Criminal Court on Saturday. The court granted a five-day extension to the remand of the 33-year-old male, but released the 32-year-old male.

Maldives Police Service report the authorities are working on appealing the court’s decision to release the 32-year-old male.

The agency reports officers found alcohol inside the guesthouse room where they found the four suspects attempting to rape the woman.