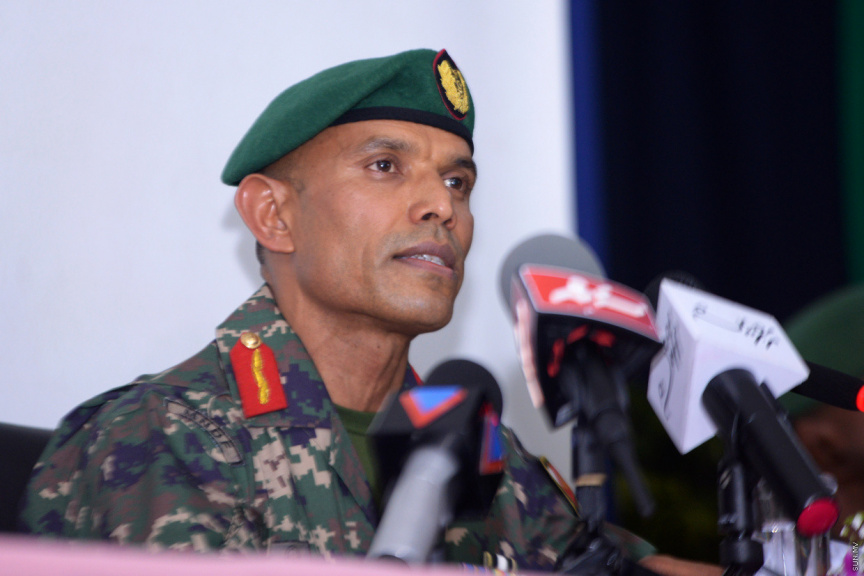 Maldives National Defense Force's Fire and Rescue Service has urged greater public vigilance in light of the high volume of fires reported to the authority over the last four months.

In a press conference held this Thursday by Commander of MNDF's Fire and Rescue Service, Colonel Abdulla Ibrahim stated that within the last four months 86 cases of fires were reported to them and most of the cases were due to accidents while cooking and electricity overload.

“We really urge you not overload the sockets when you are using electricity. Instead of three pin plugs use bar adaptor plugs. And check the electricity wiring of the building at least once a year,” said Abdulla Ibrahim.

Abdulla Ibrahim also urged not to make any modifications to the electricity wiring of buildings without the assistant of a professional. He said that such modifications, if done wrong, may lead to fires.

“So, we ask the public to use electricity safely and to take the necessary measures to prevent such incidents,” said the Commander.

Abdulla Ibrahim said that area commands of MNDF and Fire and Rescue has conducted a number of awareness programs regarding fire safety across Maldives.

“We have conducted 49 awareness programs and taught 2,063 participants about fire safety,” stated the Commander.

Fire on barge outside Thilafushi