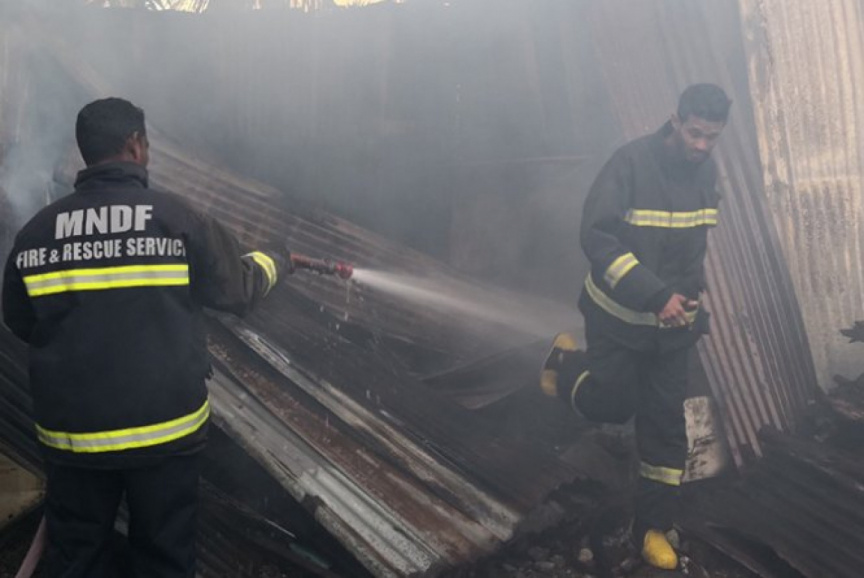 Fire broke out at an abandoned house in Vilimale’ in the early hours of this Tuesday morning.

The small house with a tin roof is located near the Vilimale’ STO.

Maldives National Defense Force (MNDF) says the fire was reported to the agency at 3:11 am. And a team from the Vilimale’ MNDF Fire Station arrived at the scene and defused the fire within 14 minutes.

The fire did not result in any casualties.

MNDF has declined to confirm whether the fire was an arson attempt.

MNDF urges vigilance in light of high volume of fires

Fire on barge outside Thilafushi