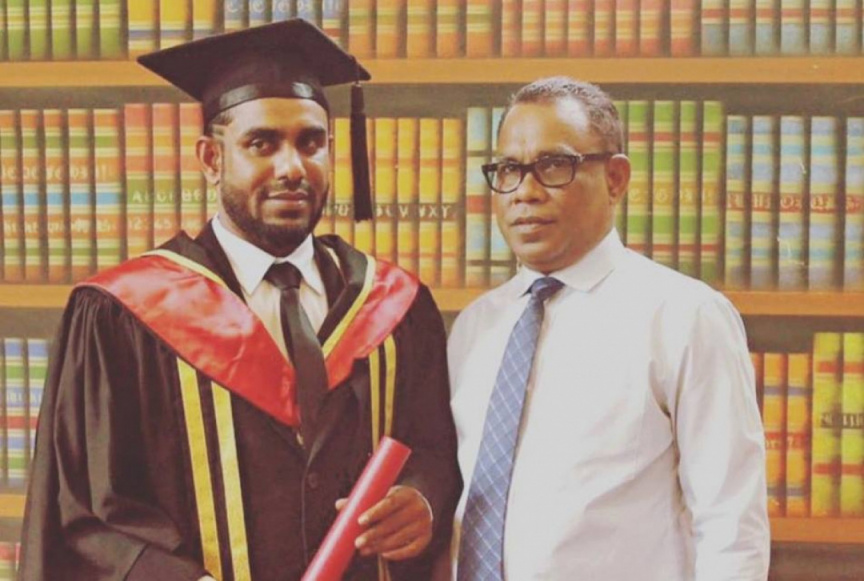 Abdul Raheem Abdulla (Adhurey) was one of the most outspoken lawmakers of the 18th People’s Majlis.

Member of Parliament for the L. Fonadhoo constituency, Abdul Raheem Abdulla is one of the most loyal supporters of the former President Abdulla Yameen Abdul Gayyoom. He often spoke out in the Parliament in defense of Yameen’s government.

Adhurey stood by President Yameen even after he was defeated in his bid for re-election in the 2018 Presidential Election.

Interim Leader of the People’s National Congress (PNC), Adhurey, was the highest authority in the PPM-PNC Coalition campaign for the Parliamentary Election 2019.

However, Adhurey lost to the MDP candidate, Lawyer Moosa Siraj in the election held on April 6, Saturday.

Additionally, his son Ibrahim Faisal, who competed to the seat of Hulhumale’ constituency on the election held on Saturday, lost to MDP candidate Ali Niyaz.

While Adhurey and son Faisal both suffered losses in the election, the opposition coalition is projected to win very few seats at the Parliament – 2 seats for PNC and 4 seats for PPM, according to the interim results.

The governing party MDP is projected for a supermajority at 19th People’s Majlis. As a result, the public is questioning whether the voice of opposition will be erased from the Parliament.

Adhurey had filled the seat of Fonadhoo constituency in both the 17th and 18th People’s Majlis.

Saud the only winner among 12 reinstated MPs