Solih: I am ready to make courts more accountable 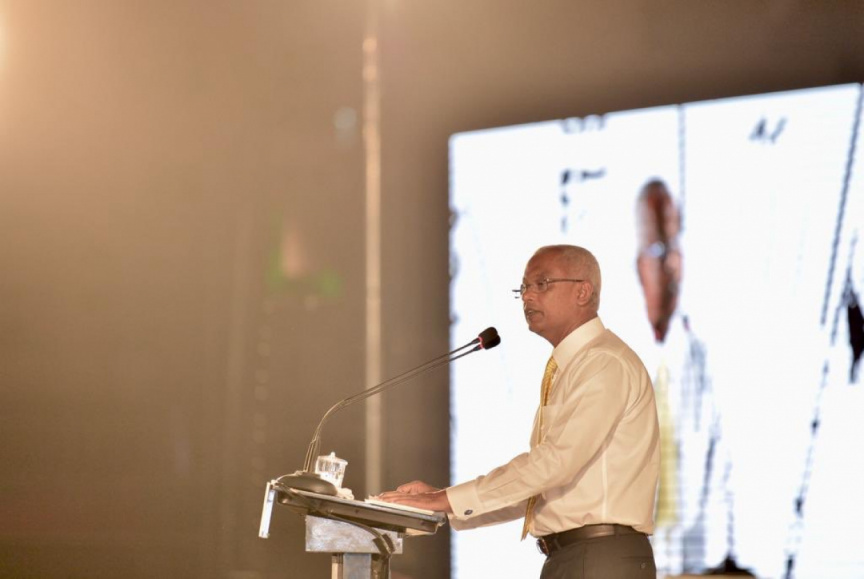 President Solih speaking in the Ceremony held in Male' to mark the end of campaigns for 2019 Parliamentary Election, April 05 2019. (Photo/MDP)

President Ibrahim Mohamed Solih stated that he is ready to make the Courts of Maldives more accountable.

Speaking in the ceremony held to mark the end of Maldives Democratic Party (MDP) campaigns for the Parliamentary Election of 2019, President Solih said that what the public wants the most is justice in our legal systems and he is ready to do that.

“Within the last few years we have come to experience and know that the whole justice system of the country needs to be renewed. We got to know that the courts need to be made accountable for their actions. We need to make an environment where the judges can hold hearings without the influence of outsiders. And I am ready to do what needs to be done to create this environment,” Said President Solih.

The President said that the election that will be held on this Saturday is an vital opportunity for the citizens to vote for the changes they desire, and that they should vote for candidates who will support the government policies.

“We have to elect members with integrity that would not be shaken up by offers of bribery. We need members that would not put their wants and the wants of a small minority group above the rest of the population and mess up the governmental system,” said President Solih.

“I want to ask all the citizens to give the government a huge majority in the upcoming Parliamentary Election,”

Ibrahim Mohamed Solih also stated that achieving the goals of his presidency vows are the most important and that 83 percent of his first hundred-days goals of the current admission have been completed.

Additionally, he said that this election is the first election within the last seven years where everyone competing got the chance to campaign. He highlighted that the change was brought by the hard work of the citizens.

Water-sewerage network can be installed for MVR 27m