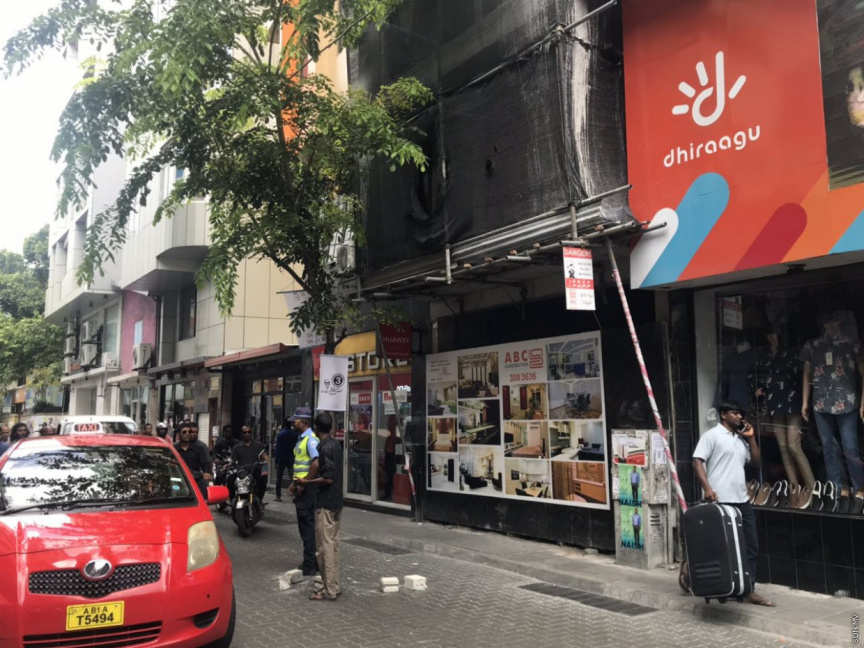 A motorcyclist who was driving by a construction site in Male’ City this Thursday sustained injures after getting hit by a concrete block which fell from the building.

Maldives Police Service confirms the concrete block fell from a site located on Majeedhee Magu, near the Olympus Cinema at approximately 11:30 am.

The agency confirmed one person sustained injuries in the incident, but declined to comment any further.

‘Sun’ journalists at the scene report seeing construction blocks lying fallen on the street, as well as a motorcycle which appeared damaged.

The cause of the construction accident and details of the injuries sustained by the motorcyclist is unclear at this point.