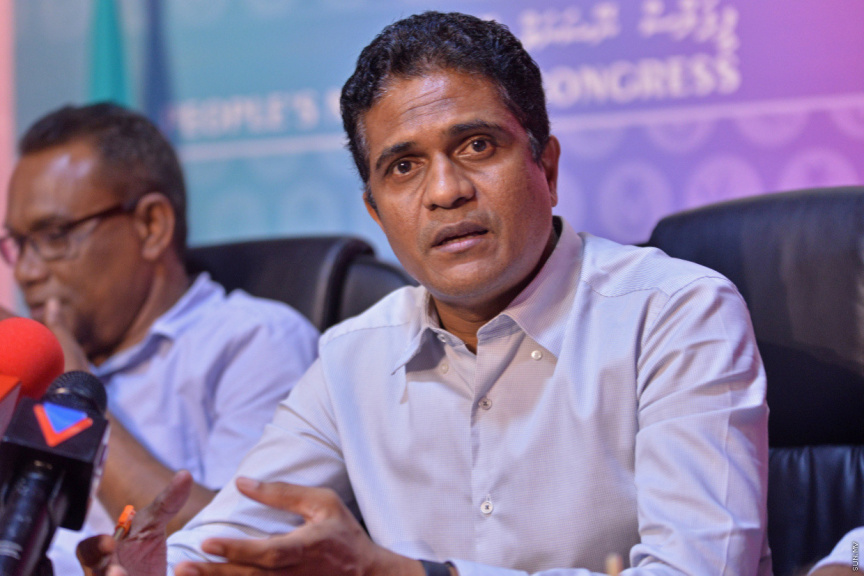 Rosly is under investigation for allegedly assaulting a reporter from RaajjeTV during the protest staged by PPM and PNC inside IGMH on February 22.

Speaking to ‘Sun’, Nihan confirmed Rosly was summoned to the Maldives Police Service headquarters for a statement last week.

He alleges the case against his wife is politically motivated.

“This is being done to make it political. What other reason is there? I see nothing but political motivation in this,” said Nihan.

“An independent press is the fourth branch of a democracy. And especially reporters. Reporters dragging remaining citizens to the police headquarters [is sad]. They preach independent press. Channel 13’s Layal did not take them to the courts even when they made living difficult for her,” he added.

Nihan said he has no knowledge his wife ever laid a hand on or assaulted a reporter from RaajjeTV.

Maldives Police Service confirms the agency is investigating an assault on a RaajjeTV reporter at the IGMH on February 22. The media official from MPS reported investigators were both questioning suspects and reviewing CCTV footage.

He declined to disclose the identities of the suspects.

Nihan himself is currently under investigation for obstruction of law enforcement after he was caught on video placing a brick behind a wheel of a police vehicle during a protest.