Tourist dies while diving off coast of G. A. Vilingili 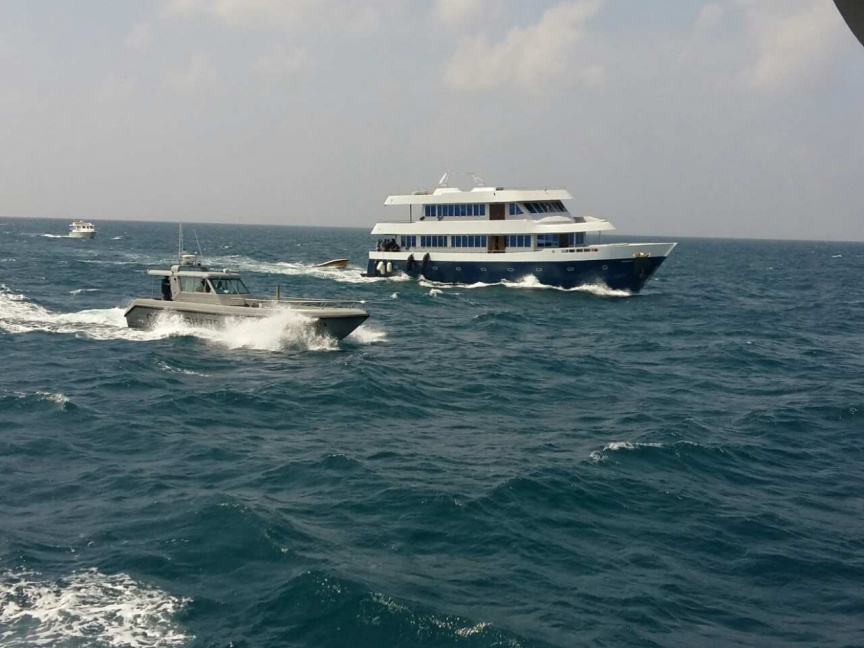 File photo of a Coastguard boat speeding past a tourist safari. (File Photo/MNDF)

A tourist on a safari tour has passed away while diving off the coast of G. A. Vilingili.

Maldives Police Service has identified the victim as a 50-year-old Chinese citizen.

The agency says the tourist had gone into the water for a dive just after noon at 12:05 this Thursday.

Shortly afterwards, MPS received report the tourist needed medical attention, and the tourist was taken ashore for treatment at the G. A. Atoll Hospital.

Shamweel Mohamed, who is in charge of running G. A. Atoll Hospital reports the tourist was already deceased when brought to the hospital.

The body of the Chinese tourist remains at the G. A. Hospital, and arrangements are being made to transport the body to Male’ City.

MPS reports the death is under investigation by the agency.