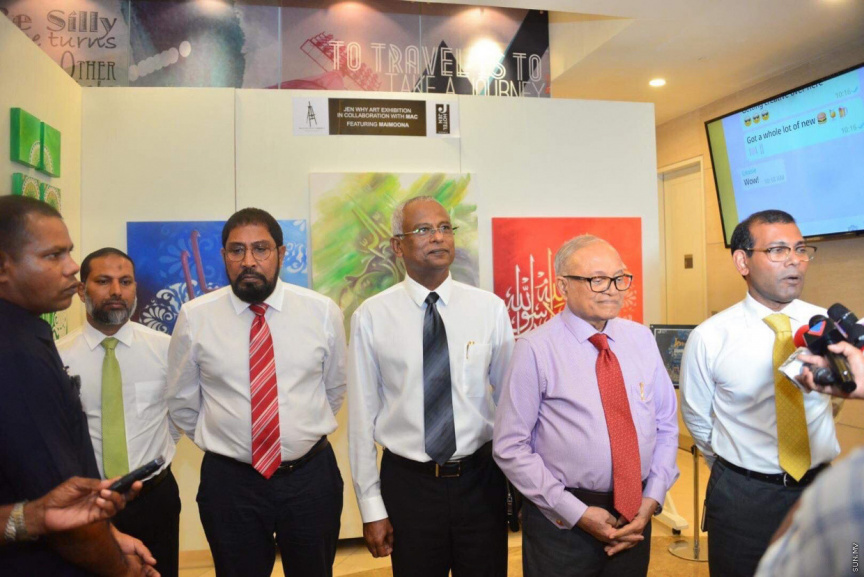 The second month of the year has drawn to an end with no monthly meeting that the leaders of the four government coalition parties and the Maldivian President agreed to hold when it came to power.

The four coalition leaders are:

The coalition leaders, during their first meeting ahead of President Ibrahim Mohamed Solih’s inauguration, decided they would be the ones to provide the President with the highest counsel and agreed to hold monthly round table discussions.

President Solih, during a press conference in January, announced the four coalition leaders and himself were to convene soon for their monthly meeting.

But the meeting did not take place in January, nor in February.

Maumoon, during a press conference last January, said that he was looking forward to such time a coalition leaders meeting is arranged.

While the monthly meeting between coalition leaders has failed to take place this year, there is infighting within the coalition – between the coalition’s two largest parties – MDP and JP – which has resulted in heated exchange of words between MDP’s Leader and former Maldivian President Mohamed Nasheed and JP Leader and Speaker of Parliament Qasim Ibrahim.

The rift first appeared following MDP’s decision to contest for all constituencies in the upcoming parliamentary elections despite a previous understanding that all coalition parties would share power and contest the elections together.

This led to Qasim famously tweeting that MDP had kicked JP to the curb and that the party was ready for alliances outside of the coalition.

“MDP has once again kicked JP to the curb once they gained power. JP has to play beggar again. JP is ready to negotiate with any party which wishes to work together with JP to contest for parliamentary seats. In Sha Allah,” wrote Qasim in a tweet on January 18.