Boat carrying sand capsizes off the coast of Male’ City 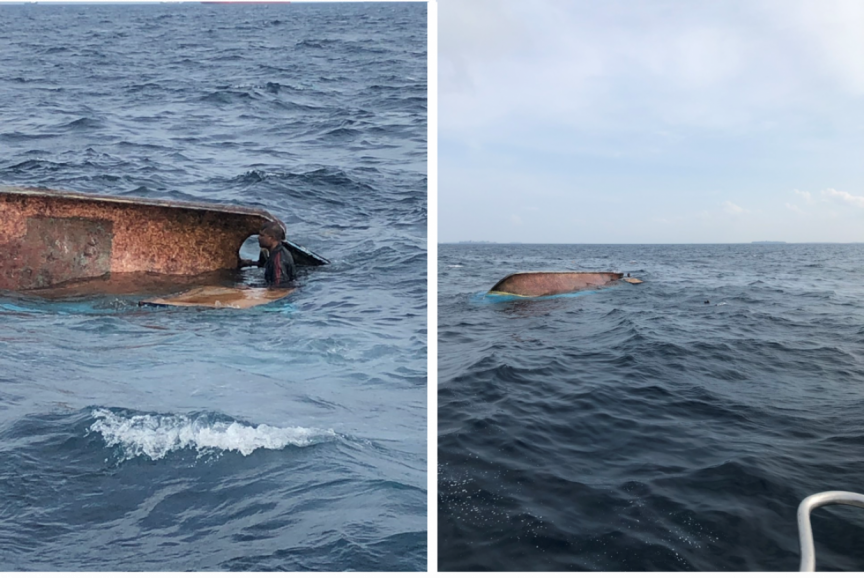 Combined photos of the boat, Kurimagu, which capsized off the coast of Male' City on February 26, 2019. (Photo/MNDF)

A boat carrying a shipment of sand capsized outside the commercial harbor of Male’ City this Tuesday morning.

MNDF says the incident was reported to the authority at 8:45 am.

The boat, Kurimagu, had seven workers onboard when it capsized; six migrant workers and one Maldivian.

MNDF reports all the men were unharmed in the incident, except for one migrant worker who scraped his shin.

MNDF reports the boat was headed to Hulhumale’ when it capsized.

Names of 16 candidates for EC sent to committee