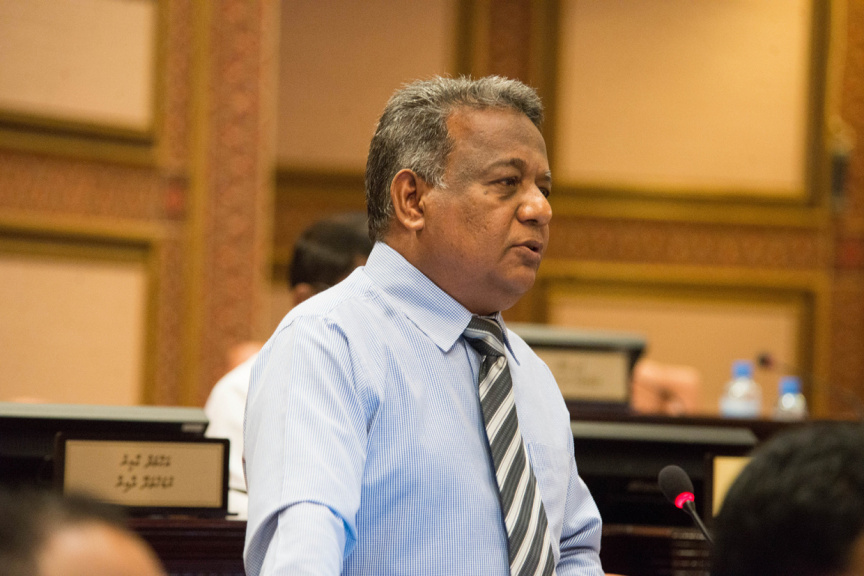 Detaining a suspect whose guilt is yet to be proven, whether it is a former Maldivian President or an ordinary citizen, pending the outcome of a trial is unjust, says Eydhafushi MP Ahmed Saleem (Redwave Saleem).

Speaking during the debate on the Bill on Privileges and Protection to Former Presidents and Vice Presidents this Monday morning, Saleem said that anyone could be suspected of anything, but that detaining anyone based on a suspicion was not right.

He said that one of the key arguments for removing former President Abdulla Yameen Abdul Gayoom’s administration from power had been accusations of injustice and detention of people indefinitely.

Saleem said the same practice had prevailed, even after Yameen was successfully removed from power in 2018.

He said that detaining a suspect for witness tampering didn’t make sense.

“So, once, may, anyone who is suspected of anything has to go to jail. The Prosecutor General just has to say a certain person is engaged in witness tampering, that he may attempt this or that. And then an arrest warrant is issued,” said Saleem.

His comments were directed at the case of Yameen, who has been charged with money laundering, has was detained pending the outcome of his trial on February 18 after the State prosecution presented evidence he attempted to bribe the State’s witnesses in the case.

Salem: No public official must earn above MVR 20,000

Penalties to be imposed for illegal parking in 9 zones