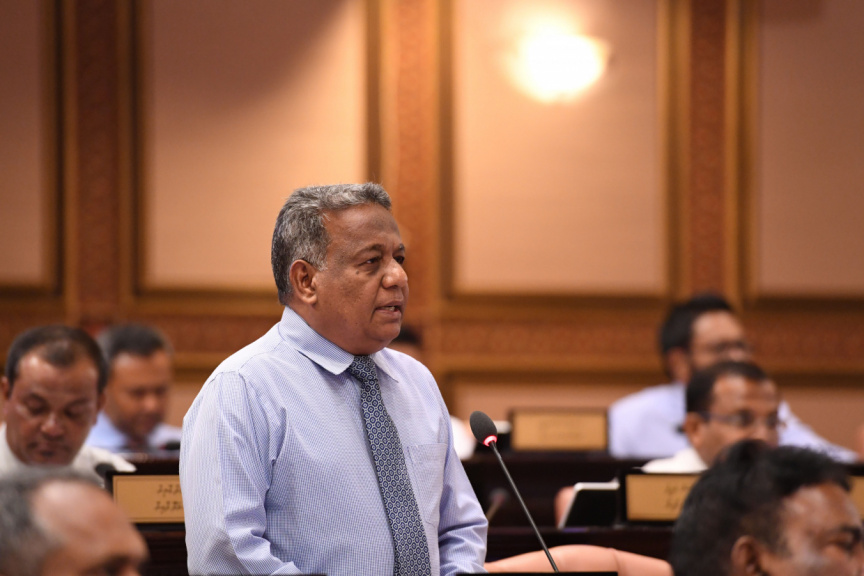 Eydhafushi MP Ahmed Saleem has stated that this is the time that the citizens of the country were most in need of the pension fund.

A tweet by Saleem tonight described the economy as being connected with a ventilator and that the situation with the citizens was also similar. He stated that this was the most important time for the citizens to gain access to the money in the Pension Fund.

The Pension Fund established in President Mohamed Nasheed’s administration. It collects seven percent of the wages of employees and deposits the money in the fund. The funds are made accessible to the individual after reaching the retirement age of 65. It is also available for purposes such as the holy pilgrimage of Hajj and housing down payments.

MP Saleem put it bluntly when saying that no one is sure of living long enough to reach the retirement age during this situation.

The MP was referring to the situation with COVID-19 in the Maldives, where a large number of people have seen their income sources dry out.

Some have also faced situations of unfair dismissals and wage cuts among others. The economic impact of the virus has hit the nation extremely hard, prompting the government to roll out relief packages of loans to businesses and even an unemployment allowance.

Some have brought forward the idea of assisting the citizens hit economically from the virus with the Pension Fund.

However, the government has quickly put down this idea. Economic Minister Fayyaz Ismail on Thursday stated that if the situation warranted such a measure then the government would do so. He added that the country was not at that point and that the government was not considering to reach into the Pension Fund.

MP Saleem, who is the minority leader of the Parliament called to do the opposite. He called to provide funds to those who needed it from the Pension Fund. Former Economic Minister and current MP for Maavashu, Mohamed Saleem has also called on the government to do the same.

Minister Fayyaz had also stated that such a move was not practiced anywhere in the world.

MP Saleem stated that those in need of the fund were those who rightfully deserve it and prioritized the current situation above retirement.

'Low budget for independent offices to obstruct them'

'Budget needs to be revised to MVR 25 billion'

Salem: No public official must earn above MVR 20,000