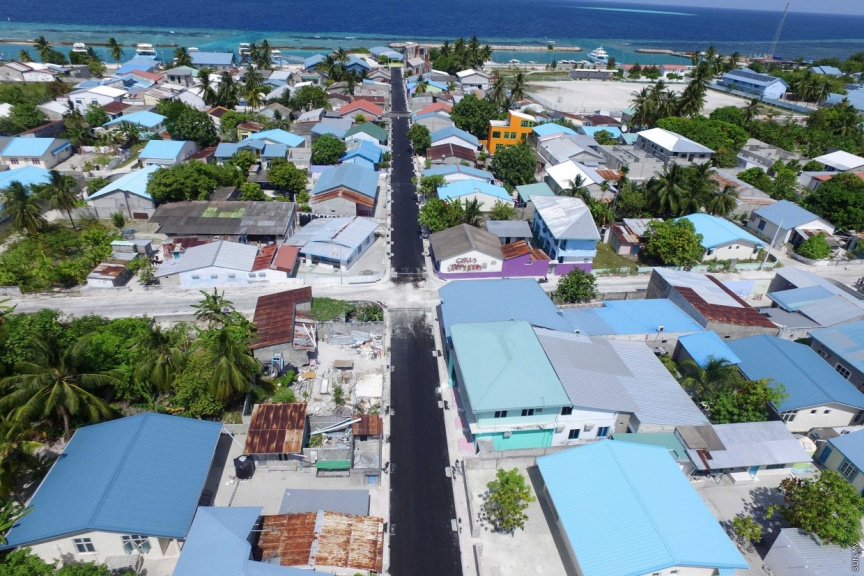 An aerial shot of G. A. Vilingili.

A man has been found dead with burns, bruises and cuts on his body in G. A. Vilingili this Sunday.

Maldives Police Service has identified the man as a 39-year-old.

The agency reports the body was discovered by patrolling police officers at approximately 7 am. But declined to comment any further.

A local who spoke to ‘Sun’ said the body was found inside a boatbuilding workshop in an uninhabited area of the island.

The body has now been transported to the G. A. Atoll Hospital.

Shamweel Mohamed, Head of G. A. Hospital confirmed a body was taken into the hospital at 7:15 am, but declined to comment any further.

President of Vilingili Council, Mohamed Mustafa, who spoke to ‘Sun’ from inside the hospital reported the man had extensive injuries, and that it was most likely a premeditated homicide.

“He had two burn marks around his neck. It’s like something was wrapped around his neck and legs. It looks like whatever was done, was done after tying up his feet,” said Mustafa.

Police are currently at the scene where the body was found.

Locals report the victim is one of the 13 suspects who were arrested for investigation of the robbery at the Bank of Maldives branch in Vilingili on November 19, 2018. The suspects were later released from detention by Criminal Court.