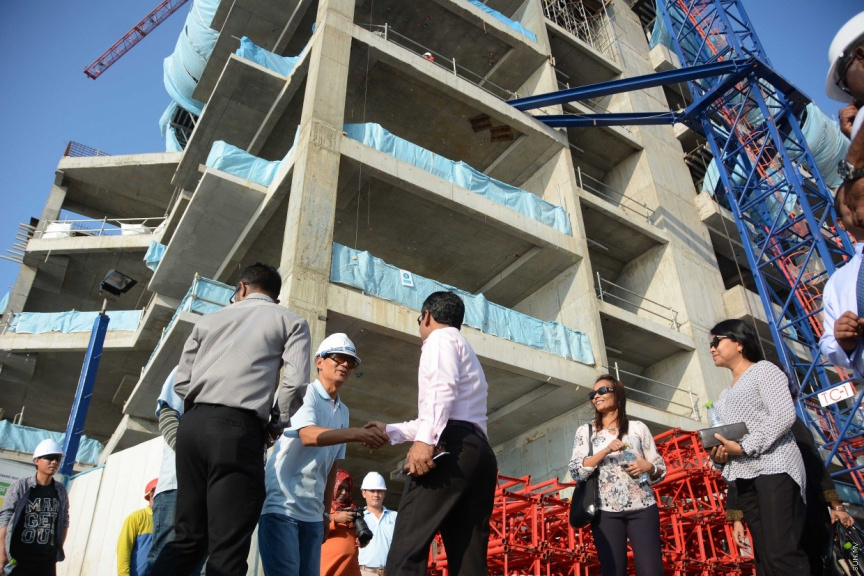 Ministry of National Planning and Infrastructure has enacted and published the Regulation on Construction Safety Standards.

The new regulation took effect immediately with its publication on the Government Gazette last Wednesday.

The lawsuit was filed following the tragic death of Rawshan Jian, 8, in a construction accident in Male’ City in December, 2018.

Enactment of the Regulation on Construction Safety Standards was stipulated in the Construction Act and was overdue by several months when the attorneys filed the lawsuit.

Following the court order, Ministry of National Planning and Infrastructure drafted the regulations and held a symposium for expert as well as public opinion on a draft.

According to the new regulation, construction projects valued at over MVR 1.5 million requires an information booklet or handbook which must include all safety and health information, to ensure health and safety of site workers and members of general public.

The contractor in required to ensure the procedures stated in the handbook are followed.

Companies which infringe on any of the clauses of the regulation will first be given a certain time period to rectify the infringement. Failure to rectify infringements can be fined between MVR 5,000 – MVR 50,000.

Three percent of the fine amount will be added to each day which passes that the construction company fails to rectify its infringement after it is fined.