Dr. Shaheem expresses concern over shortage of teachers at Arabiyya 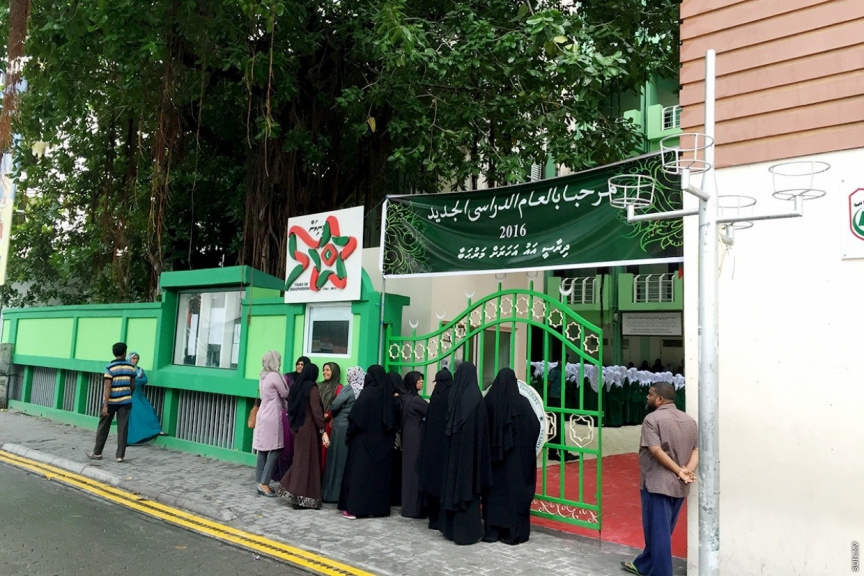 Parents of students at Arabiyya School wait outside the gates for classes to end. (File Photo/Sun/ Ahmed Mujthaba)

Former Minister of Islamic Affairs and former Chancellor of Islamic University of Maldives (IUM), Dr. Mohamed Shaheem Ali Saeed has voiced concern over the shortage of teachers at Arabiyya School.

Academic new year began in Maldives on January 13, but several of the teachers hired to Arabiyya School from abroad have yet to report to duty.

Parents of students at Arabiyya School have expressed concern over the shortage of teachers at the school and its impact on their children’s education.

In a statement via his official Facebook account last Sunday night, Shaheem said he has been approached by multiple concerned parents over the shortage of teachers at the school.

“As a matter of civic responsibility, I called senior officials at the Al-Azhar University of Egypt to find a solution to the issue,” wrote Shaheem, who currently works from Jeddah, Saudi Arabia, as Advisor to the Secretary-General of Organization of Islamic Cooperation (OIC).

He said he hoped his intervention will assist in the efforts for a quick solution to the problem. And added that it was a pleasure to assist students in any way he could.