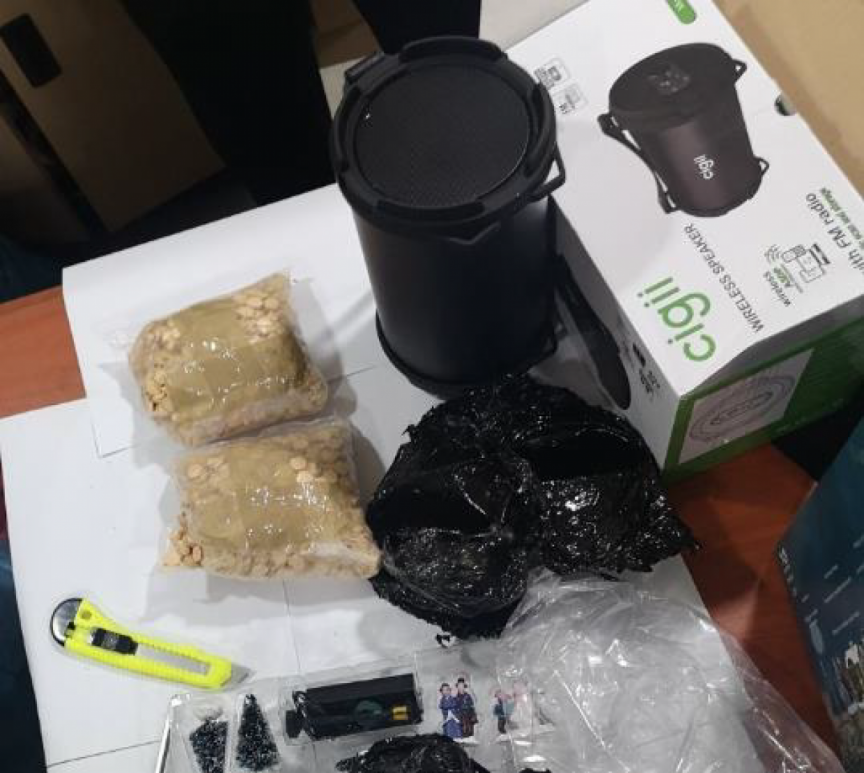 Maldives Customs has intercepted a shipment of party drugs hidden inside a parcel imported into Maldives via post.

Maldives Customs reports the parcel was sent to Maldives from Belgium, and was intercepted last Thursday.

The parcel was opened in the presence of the owner, and the agency found 1,943 pills of MDMA (ecstasy), weighing 1,105 grams.

The drugs have now been handed over to Maldives Police Service.

Photos released by Customs show the drugs were hidden in a packet inside a wireless speaker.

3 Maldivians arrested in India for link to mafia

Man arrested from Addu with large quantity of narcotics

3 arrested in India taken out for evidence collection

‘Drug’ package washes up the shore of Molhadhoo

Man found dead at a house in Male’ City