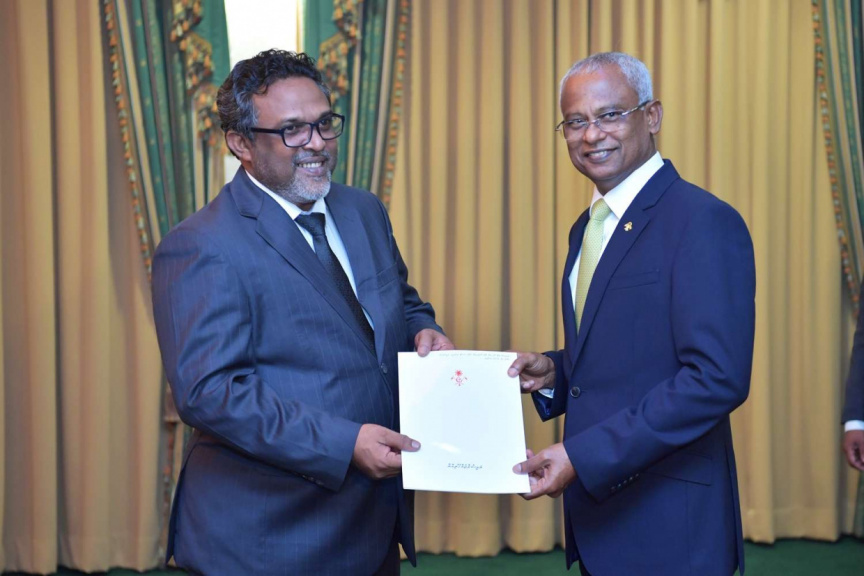 The work of the Commission on Corruption and Asset Recovery is slow-paced, owing to the failure of the Parliament to pass the crucial sunset legislator designed to empower two presidential commissions, says Ahmed Assad, Chair of the CCAR.

The sunset legislator is designed to empower both the CCAR and the Commission on Murders and Enforced Disappearances as official investigative authorities.

But the Parliament went to recess in 2018 without passing the legislature.

Speaking in a TV interview last Sunday night, Assad said the CCAR was carrying out investigation into corruption and work on asset recovery, but the speed fell far short of what he expected.

“I know the work is slow-paced. One of the main reasons is a Bill submitted to the Parliament. The work would be carried out with much more speed if the Bill had been passed,” said Assad.

The commission will not, however, stop its work just because the Bill didn’t pass, said Assad.

The CCAR is mandated to investigate cases of corruption and loss of State funds from January 1, 2012 to November 17, 2018.

Submission of cases of corruption, undue influence of position and embezzlement from members of the general public for investigation by to the CCAR will remain open until 2 pm on February 24. Concerned members of the public will need to disclose the information they have via writing to the commission.

2 injured in 2 assaults in Hulhumale’