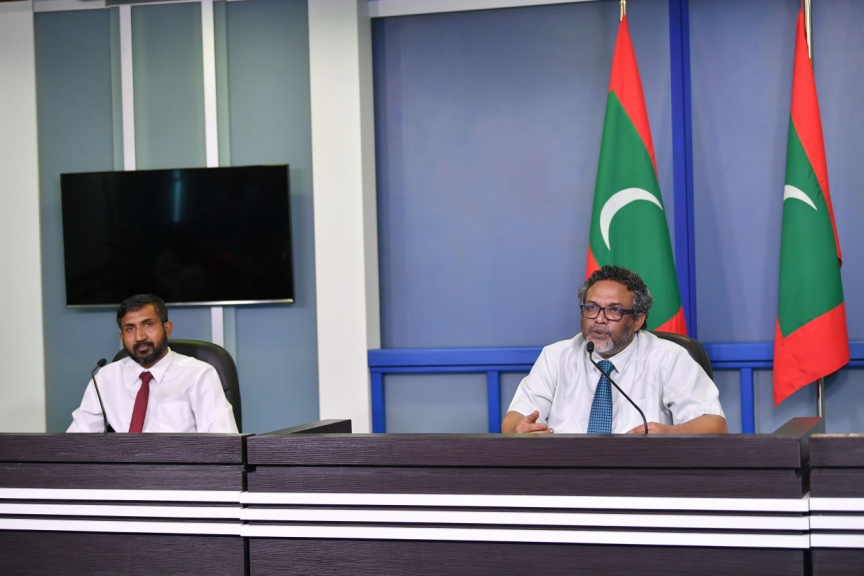 Asset Recovery Commission said on Thursday that its investigation into the embezzlement in lease of uninhabited islands and lagoons for development as tourist properties through Maldives Marketing and Public Relations Corporation (MMPRC) reveal attempts to cover up documents pertaining to the transactions.

In a press conference at the President’s Office on Thursday evening, Asset Recovery Commission’s President Ahmed Assad said the commission has reason to believe that documents pertaining to the embezzlement case were destroyed.

He suggested that civil servants at the Tourism Ministry played a part in destroying the documents.

“Civil Service needs to operate as Civil Service. It is not the responsibility of the Tourism Ministry alone to manage the documents with the ministry. This must be done by the Civil Service there,” he said.

Assad said the issue must be raised with the Civil Service Commission if they are unable to manage the documents, and that the separation of powers does not mean the separation of the parliament and judiciary alone.

He said that employees can’t file letters sent to a minister and then destroy the files.

“It’s not just us. Some of the documents in ACC’s investigation were also submitted by private parties. Because they couldn’t be found from government institutions,” he said.

37 uninhabited islands and 12 lagoons have been linked with the MMPRC graft case, the biggest embezzlement scandal to hit Maldives in its recent history.

Assad said on Thursday that all 37 islands and 12 lagoons were awarded at well below their market value, and that an audit reveals the State would have received at least MVR 3.4 billion if the islands and lagoons had been sold at market value.

“If we were to include the value of the lagoons, we expect it will be well above MVR 4 billion.”

Assad said that the number of suspected beneficiaries of the embezzled funds now reaches 300 people, some of whom have converted the funds to assets.

He said that 30 of the cases are under investigation, out of which five will be taken to court “within the next few weeks”.